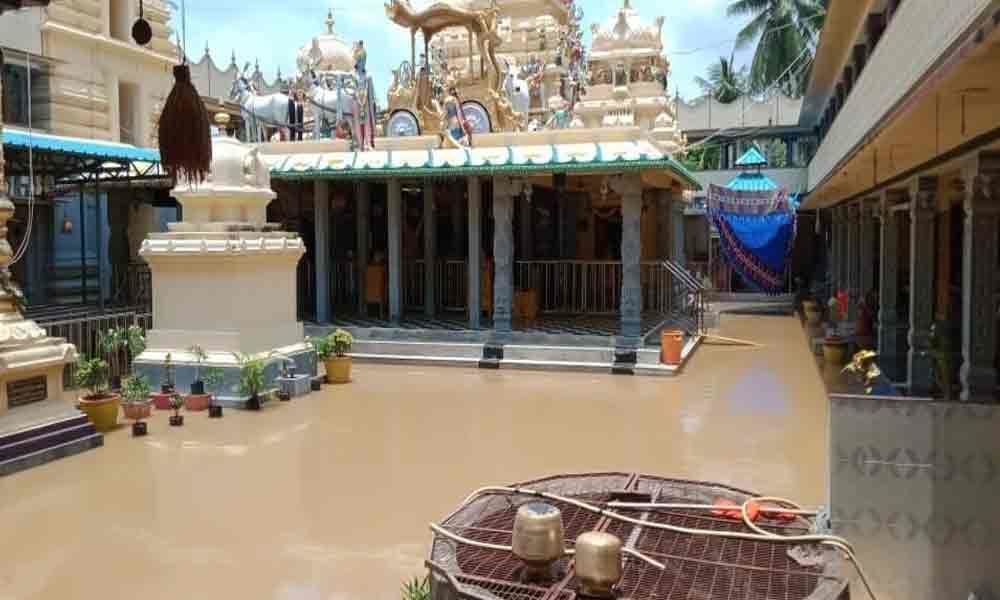 Flood water in River Godavari is receding from Sunday morning due to abatement of rains in its catchment areas as also inflows from its tributories Indravati, Pranahitha and Sabari.

Rajamahendravaram: Flood water in River Godavari is receding from Sunday morning due to abatement of rains in its catchment areas as also inflows from its tributories Indravati, Pranahitha and Sabari. The first warning was withdrawn at 11 feet water level at Sir Arthur Cotton Barrage at Dowleswaaram and 9.10 lakh cusecs of water is being let off into sea.

Though the floodwater level is coming down, many island areas in the mandals of I Polavaram, Mummidivaram, Allavaram, Razole, P Gannavaram, etc., in Konaseema are still under flood waters which takes three more days for return of normalcy. Flood water in Vasista, Vyneteya and Gowthami receding slowly into the sea.

Sri Venkateswara Swamy temple in Appanapalli village was flooded. Police were appointed at causeways to stop traffic movement over them in view of safety. Because of cofferdam at Polavaram project site, 30 tribal habitations are still reeling under flood and the tribals are staying in the relief camps in Devipatnam mandal where normalcy is expected in two days.

Godavari Head Works executive engineer M Mohan Rao said that first warning was withdrawn and the barrage gates were set at normal position. "However, officials concerned will check the water level from time to time," he added.