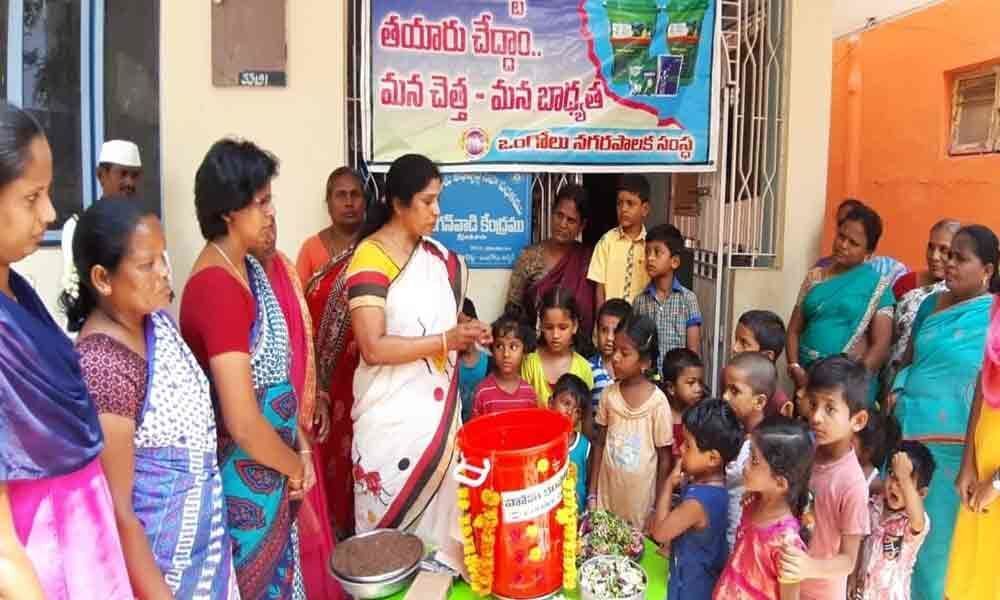 Ongole: Ongole Municipal Corporation commissioner K Sakunthala inaugurated the home composting system placed at the Anganwadi centre at 12th division in Marathipalem in Ongole on Tuesday. As part of the initiative to promote home composting in the town, the urban local body has taken up a movement to educate people on 'Our Waste- Our Responsibility' and encourage them to set up home composting units in the apartments, Anganwadi centres, and other places.

After the inauguration of the home composting unit at the Anganwadi centre, Sakunthala said that the public should learn waste management and convert the wet waste from the kitchen into compost. She advised the public that the produced compost can be utilised for their plants or the corporation would purchase it, generating revenue from the waste. She announced that the corporation would introduce the home composting system in all Anganwadi schools in the town.