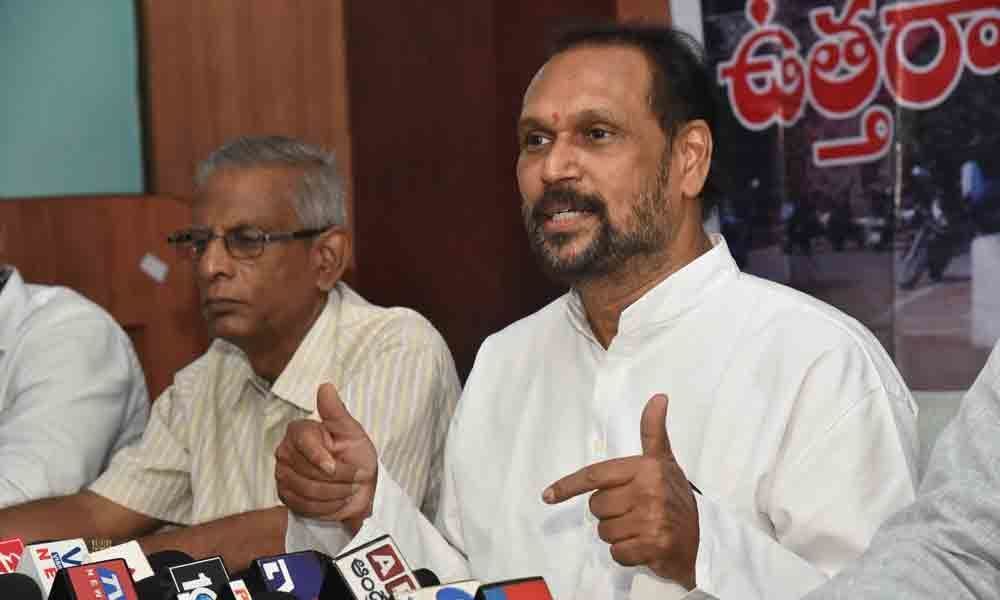 The Uttarandhra Charcha Vedika (UCV) has demanded the Central government to create a new railway zone by merging the entire existing Waltair division.

Addressing media, Chairman of UCA Konathala Ramakrishna, Railway Employees Union leader Ch Gandhi and other leaders including S Siva Shankar and B Babjee said that without merging the entire Waltair division, there would not be any use in creating a new railway zone.

The people of Andhra Pradesh particularly in the north Andhra region were fighting for the railway zone for the past three decades, they said. After a long fighting with the Central government, finally it has announced the new railway zone, Ramakrishna said and added but without merging the entire existing Waltair division into the new railway zone, the government had cheated the Andhra Pradesh people. He said the UCV, supported by several organisations, have already urged the Railway Minister to consider the demand and merge the entire Waltair division into the new railway zone without any changes. In the past whenever the Ministry created new zones, no division was bifurcated in the country, the UCV pointed out.

The UCV has planned to intensify its agitation until the government responds on the demand. The UCV would organise a series of meeting with all the stakeholders to explain the injustice done to Andhra Pradesh and the creation of new railway zone without the merging of entire Waltair division, Ramakrishna added.