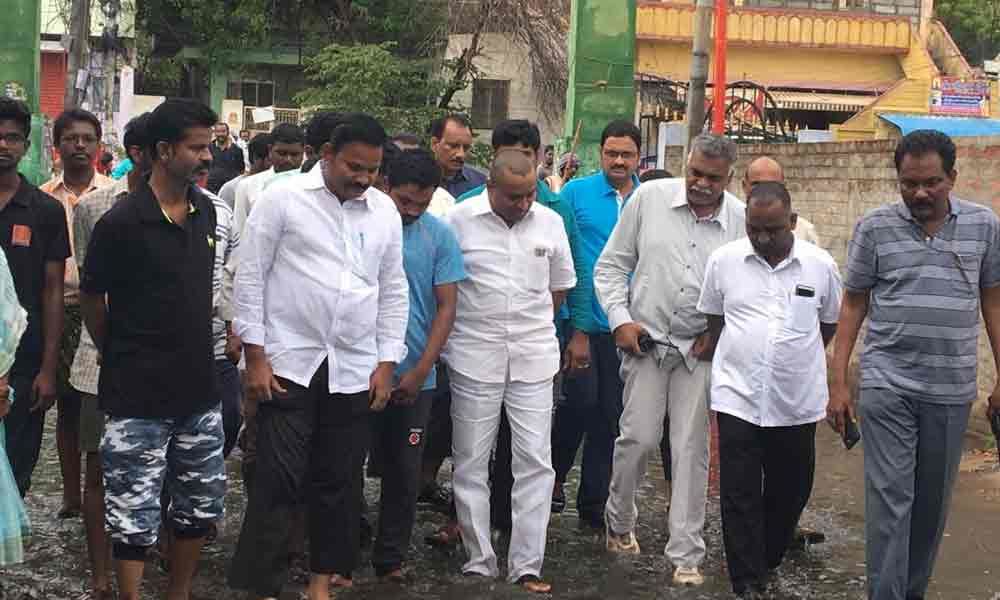 Minister for Endowments Vellampalli Sinivas visited the low-lying areas of one-town area which were flooded with rain water on Tuesday.

With the heavy downpour, rain water entered the houses in those areas creating trouble for residents. The residents appealed to the minister that many representations were given to the earlier TDP government leaders, but there was no change in the situation.

The minister ordered the concerned municipal officers to look into the matter and resolve the problem on a war footing. He also assured the locals that their problem would be solved.