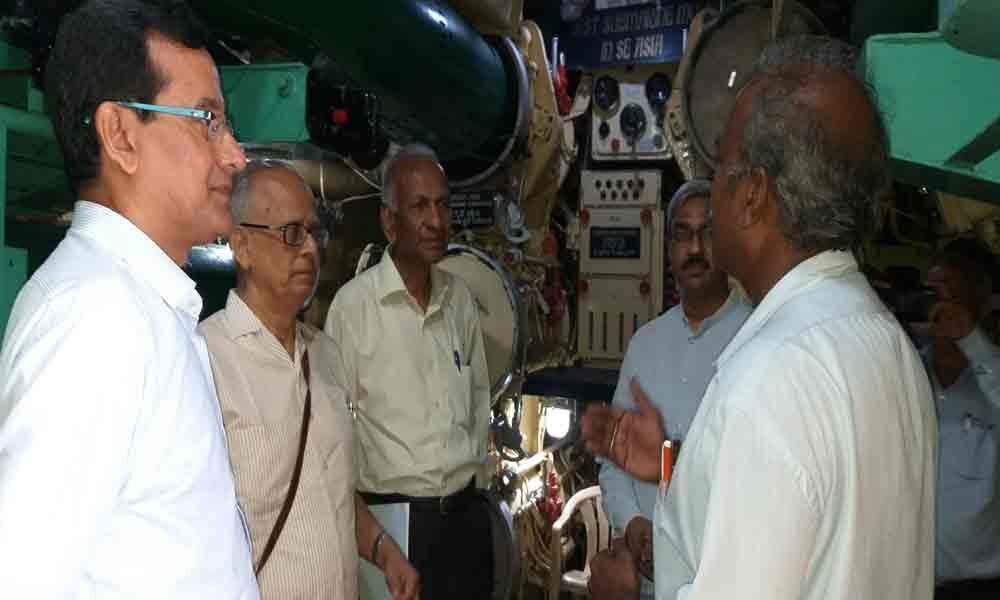 Visakhapatnam: Former Director General of National Council of Science Museums Dr Saroj Ghosh appreciated the VMRDA efforts in running various museums in the city. Dr Ghosh was in the city to participate in the International Museum Day celebrations and visited the Telugu Museum at Kailasagiri, INS Kurusura (submarine museum) and TU-142 war-flight museum.

Speaking on the occasion, he said the museums were running with study concepts and the maintenance was also excellent. VMRDA Commissioner Basanth Kumar explained the future projects coming up in the city and informed about the integration of the submarine, TU-142 and others. Member Secretary, Natural History Park and Museum and Research Institute Prof K V Subba Rao informed that a science planetarium would be established in the city and he asked the Commissioner, VMRDA to cooperate for the project.