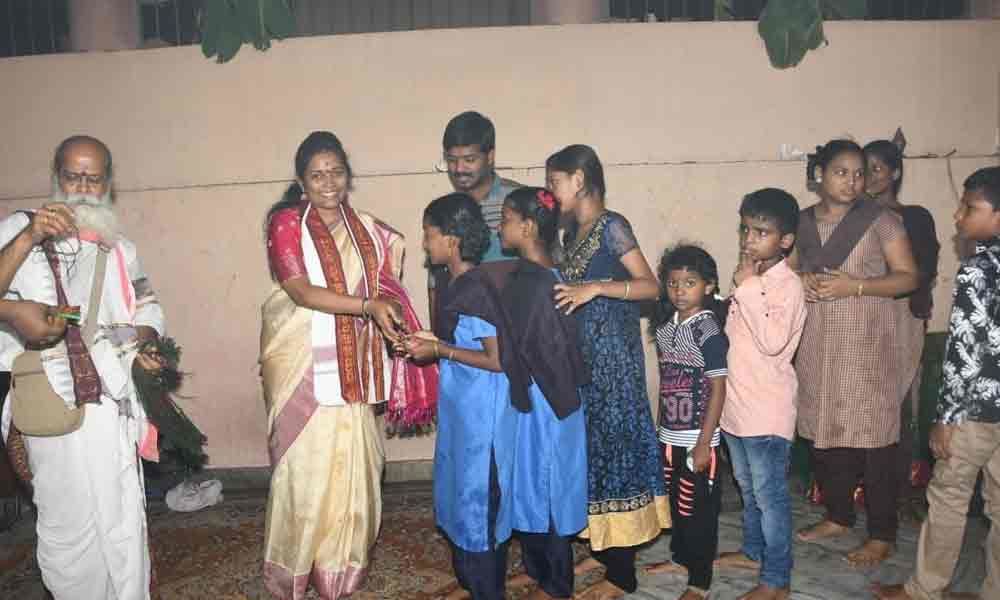 Saraswathi Yagam was performed on a sacred note at Sri Durga Malleswara Swamy Devastanam atop Indrakeeladri here on Tuesday.

Vijayawada: Saraswathi Yagam was performed on a sacred note at Sri Durga Malleswara Swamy Devastanam atop Indrakeeladri here on Tuesday. A large number of students witnessed the special Saraswathi Yagam on the auspicious day of Mulanakshatram. The Durga temple chief priests conducted special pujas and gave blessings to the students.

Mulanakshatram was a very important day for Goddess Durga Devi for which the temple authorities decided that they would conduct Saraswathi Yagam. After completing the Yagam, the temple executive officer V Koteswaramma distributed pens, books and Durga Devi Kankanam to the students.

The EO said, "The ritual was performed on an auspicious day to ensure better results for the students in their upcoming examinations. Many students have participated in the programme and took the blessings of Goddess Saraswati."