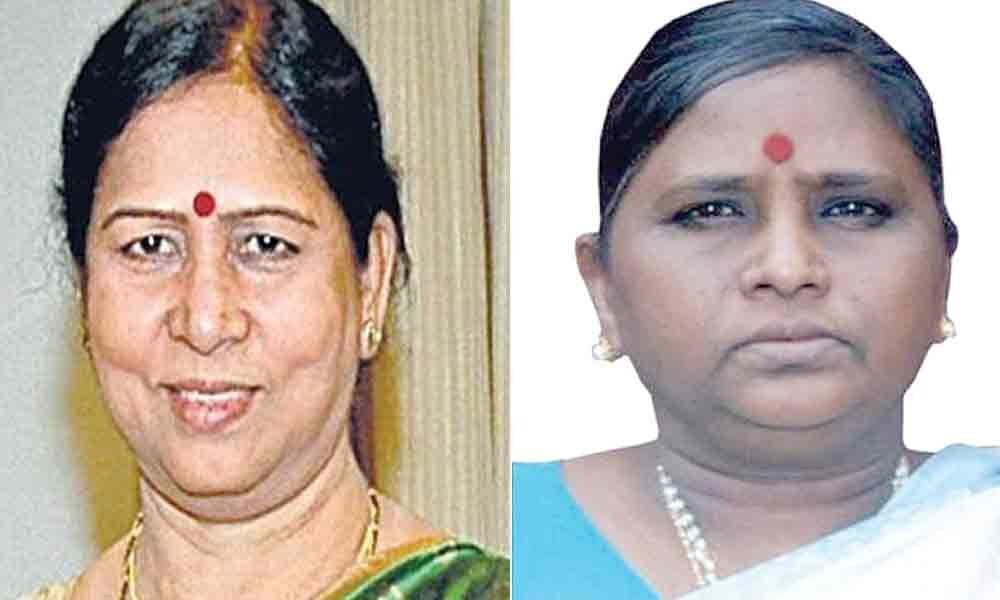 Chittoor: Former Ministers Dr. G Kuthuhalamma (G.D.Nellore ) and G Arunakumari ( Chandragiri ), senior politicians in the district have served Congress Party for four decades in different capacities. Both have been elected as legislators from their Assembly constituencies for four times on Congress Party ticket.

Both have worked as Cabinet Ministers. After bifurcation of the state, both have defected to TDP and unsuccessfully contested in 2014 general elections from Chandragiri and G D Nellore respectively. Both were defeated by YSRCP candidates K Narayana Swamy and C Bhaskara Reddy respectively.