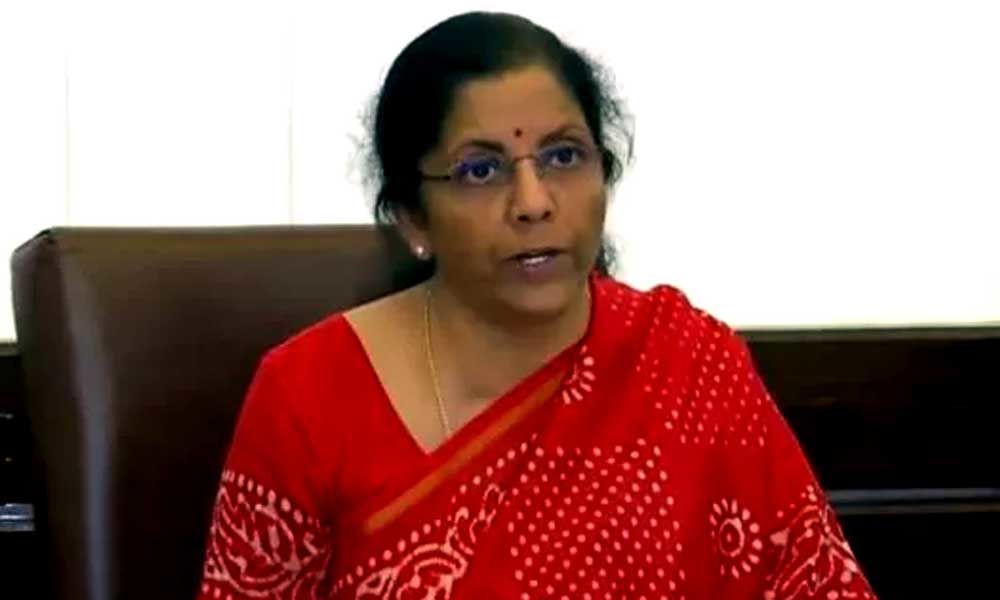 The government is working on an economic package to deal with Coronavirus (COVID-19) crisis and it will be announced sooner rather than later, said...

The government is working on an economic package to deal with Coronavirus (COVID-19) crisis and it will be announced sooner rather than later, said Finance Minister Nirmala Sitharaman.

The finance minister Sitharaman today in New Delhi announced several measures in the wake of COVID-19 outbreak including the last date for filing Income Tax return for the financial year 2018-19 has been extended to June 30, 2020, and the interest rate of delayed payment has been cut to nine per cent from 12 per cent.

She said the reduced interest of nine per cent instead of 18 per cent will be charged for delayed deposit of TDS.

The Minister also said the Aadhaar-Pan linking date has also been extended to June 30 from March 31, 2020. She also announced that the 'Vivad se Vishwas' scheme will also be extended to June 30 and no 10 per cent additional charge will be levied on paying principal amount involved in a tax dispute.

Allaying fears that there is no economic emergency in the country, she said that the Economic Task Force will soon announce an economic relief package to deal with the impact of the coronavirus pandemic on the economy.

Key Highlights of the announcements:

Financial Services: No charge will be slapped on debit card withdrawals from any bank ATM for the next three months. The decision was taken to ease the burden of the customers who need urgent cash and want to avoid the overcrowding branches of the banks. Plus, no charge will be slapped on not keeping the minimum balance requirement. Digital charges for trade transactions have been reduced.

Tax measures: The last date for tax return filing for the financial year 2018-19 has been extended to June 30, 2020. The interest rate for delayed payments will be reduced to 9 per cent from the current 12 per cent if it is made by June 30. The interest rate on delayed deposit of TTDS has been reduced to 9 per cent from 18 per cent. Besides, all compliances under the Income Tax Act, Wealth Tax Act, Benami Transaction Act, Black Money Act, Vivaad se Vishwaas, have been extended to June 30, 2020.

For GST: All GST returns for March, April, May and composition returns extend have been extended to June 30, 2020. No late fee and penalty will be levied on companies with less than 5 crore earnings and an interest rate of 9 per cent will be imposed on companies with earnings above Rs 5 crore.

For Customs: The last date for Sabka Vishwaas scheme for indirect taxes has been extended from March 31, 2020, to June 30, 2020. No interest to be levied. Customs clearance till June 30 to work 24x7.

For Companies: A moratorium has been issued from April 1 to September 30, 2020, under the MCA 21 registry and no additional fees will be levied for late filing. The mandatory requirement of holding board meets has been relaxed for the next two quarters or 60 days.

For Insolvency and Bankruptcy Code: The threshold of default is Rs 1 lakh has been raised to Rs 1 crore to prevent triggering of insolvency proceedings for SMEs.