The amazing world of nano drones 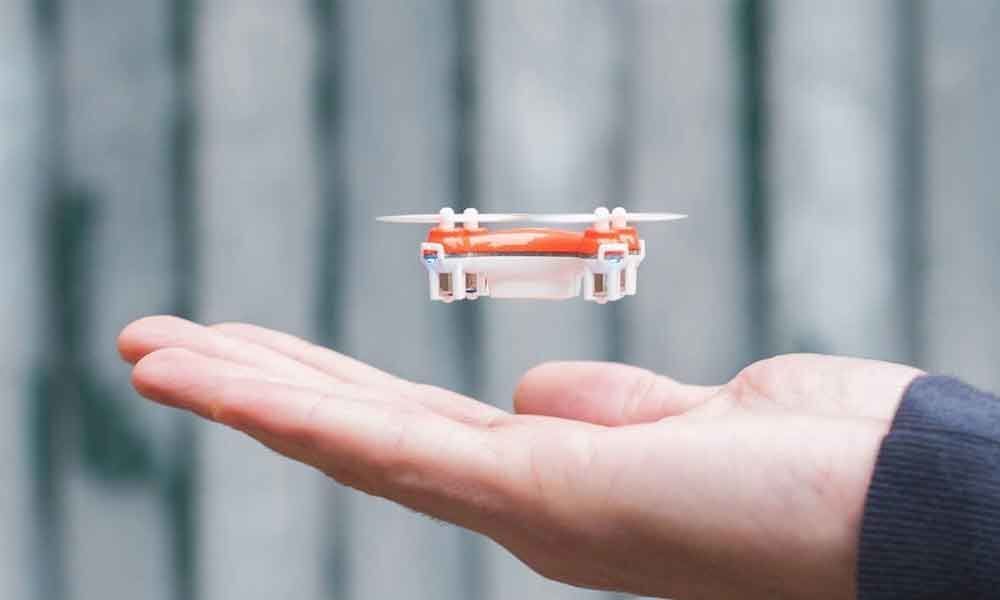 A swarm of nano drones can take a quick stock of where things are, in an emergency from a surveillance perspective.

A swarm of nano drones can take a quick stock of where things are, in an emergency from a surveillance perspective. Not only have drones come to stay but have started to get efficient and small with time.

The concept of unmanned aerial vehicles (UAV) or drones was primarily used in the military for almost seventy years. Government applications like disaster relief, forest fire fighting and border security have parallelly started with commercial use of drones to shoot fascinating videos, spray pesticides or inspect pipelines only after 2006.

As the UAV technology started to improve in the military sector, the private sector has been quick in adapting them to a whole slew of applications in the real world.

There have been significant technological developments in size, weight and power requirements of the drones. It is leading to the creation of smaller and lighter versions of these nimble flying robots.

They claim that it's part of the next generation of drones, which seek to mimic the camouflaging capabilities and energy-efficient ways found in nature.

Nano-hummingbird released by AeroVironment is from the same category. The only difference being this mechanized bird looks and flies like a hummingbird rather than an insect. It weighs less than a pound and completely non-intrusive.

These little drones will become a fixture in regular airspace as the aviation administration rules, globally, start to relax in a few years. Already, US FAA announced in early 2018 that they had registered over a million drones, most of them owned by hobbyists. That number is expected to quadruple by 2022.

The rush for smaller drones is growing by the year across all industries, especially the military owing to the fact they are more agile, easier to pilot and harder to detect.

In addition to military applications, drones are used in a variety of applications such as policing and surveillance, aerial photography, product deliveries, agricultural monitoring, drone racing and other recreational needs.

Financially speaking, using a nano drone makes a lot of sense. It takes about $25 per hour to run these UAVs compared to about $600 to $20,000 an hour to run regular helicopters and planes.

The market for the nano drones alone is expected to reach $13.4 billion by 2023. Biodegradable nano drones in the field of medicine are quickly catching momentum as well.

These ingestible drones do a variety of things such as:

1. Measure vital signs in the body.

2. Carry medication to specific areas such as cancerous tissues.

4. Heal localized areas such as inflammatory conditions of the bowels to eliminate ulcers and Crohn's disease.

The rate at which drone technologies have developed since 2006 is truly amazing. Customers across the world have quickly accepted these flying machines as part of their lives.

Nano drones are surely set to play key role in the future, mainly due to the ease of use, lesser regulatory restrictions and adaptability to myriads of applications.