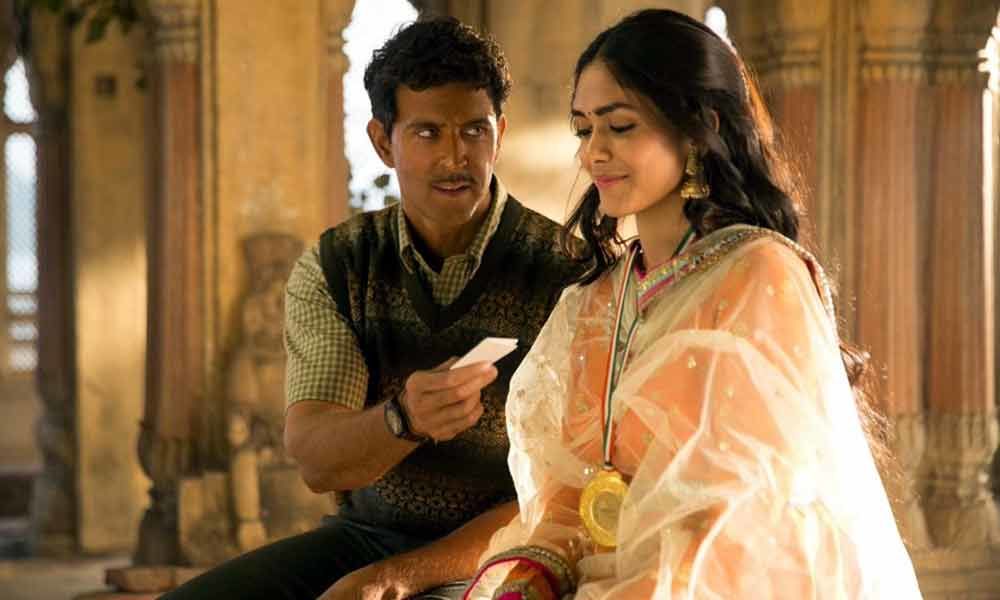 The first single from the forthcoming biographical drama Super 30 will be out today and keep the exciting level going Hrithik Roshan shares the first look of the song and leading lady of the film, Mrunal Thakur.

Hrithik Roshan just took to his social media profile and dropped the still of the first single along with its release date. He captioned it, "#Jugraafiya Song out today #Super30"

The song is composed by duo Ajay-Atul who earlier scored the music of Hrithik Roshan's 2012 film Agneepath, has reunited with the actor for Super 30, and their first song is the quirkily-titled "Jugraphia".

The song will feature Hrithik and his love interest, Mrunal Thakur, the romantic song's lyrics (written by Amitabh Bhattacharya) are a blend of Hindi and Bihari words.

The action superstar Hrithik will be seen playing the math wizard Anand Kumar in the film, Super 30, who picked 30 talented but under-privileged kids and trained them for the IIT — India's elite engineering colleges. Anand also bore the cost of the training and paid for the food and boarding for the kids during their coaching period.

Super 30 is a biographical drama film directed by Vikas Bahl, based on the life of mathematician Anand Kumar and his educational program Super 30.