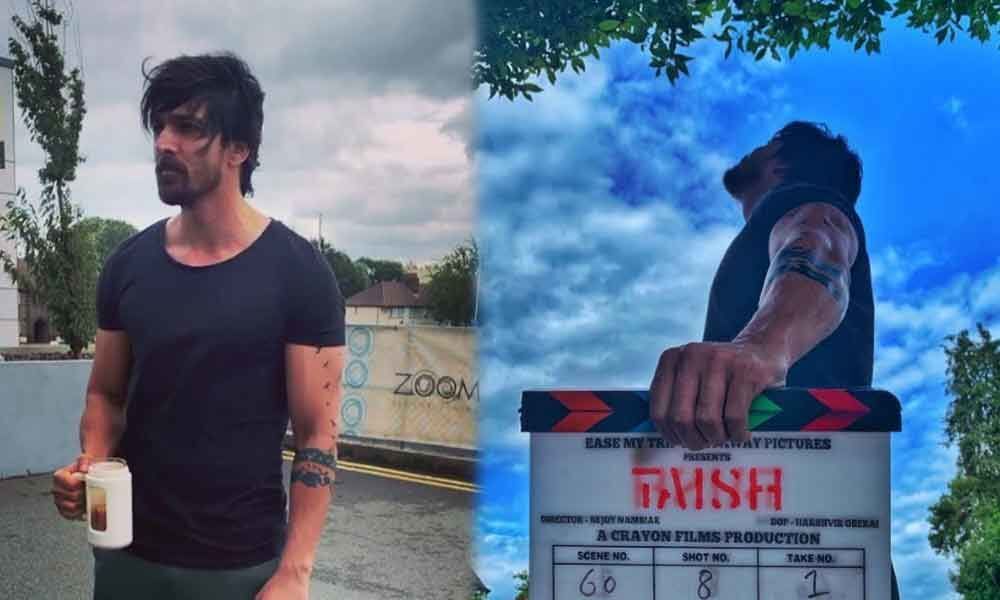 Harshvardhan Rane, who is currently stationed in Birmingham (United Kingdom) for Bejoy Nambiar’s highly-anticipated Taish, kicks off shooting for the revenge drama.

Harshvardhan Rane, who is currently stationed in Birmingham (United Kingdom) for Bejoy Nambiar's highly-anticipated Taish, kicks off shooting for the revenge drama.

After getting injured while prepping up for his character recently in London, the committed actor has already started shooting for the movie.

Harshvardhan's recent picture of him holding the movie clapboard has gone viral on the internet. Interestingly, besides flaunting his hot body and flexing muscles in the picture, the actor is also seen sporting a tattoo with birds flying. Looks like the actor will be seen portraying an intense and a very stylish role in Taish.