Balakrishna, Dr Rajsekhar to team up? 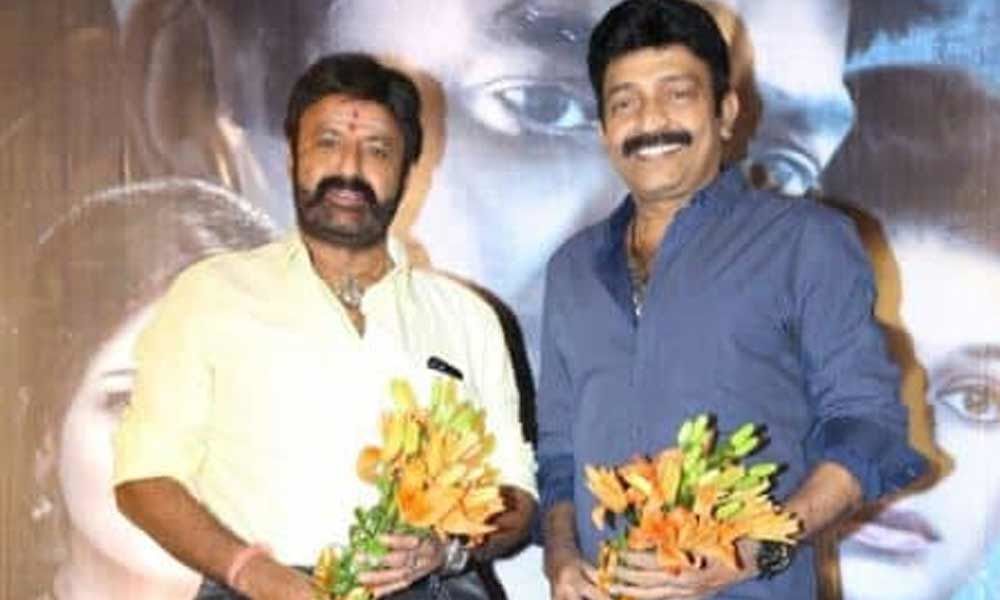 It would be a casting of sorts. If everything goes right, seasoned star Balakrishna will be joining hands with action star Dr Rajasekhar for the Telugu remake of Tamil blockbuster ‘Vikram Vedha’ featuring R Madhavan and Vijay Sethupathi.

It would be a casting of sorts.

The action drama is being remade in Telugu and actor-producer Jeevitha is reportedly holding discussions to make this big ticket film.

"It would be interesting combo to dish out a perfect mass entertainer.

If both actors come on screen, it would set the screens on fire," says a source, close to the unit.

The film tells the story of an honest cop Vikram (R Madhavan), who is on a mission to nab a notorious gangster Vedha (Vijay Sethupathi).

"Balakrishna could be playing the slumlord, while Dr Rajasekhar a trigger-happy cop and both fit the bill," the source adds.

Actually, last year, Rana Daggubati and Venkatesh wanted remake it in Telugu since they were floored by the action adventure but things didn't fall in place.

Now, Jeevitha is reportedly thinking of approaching Balakrishna for 'all powerful role' to deliver a blockbuster.

"Talks have been initiated for Telugu remake. With Balakrishna set to get busy with his political campaigning, he may watch the film after elections to AP Assembly." the source concludes.