It's grand fight of grandsons in Haryana's Hisar 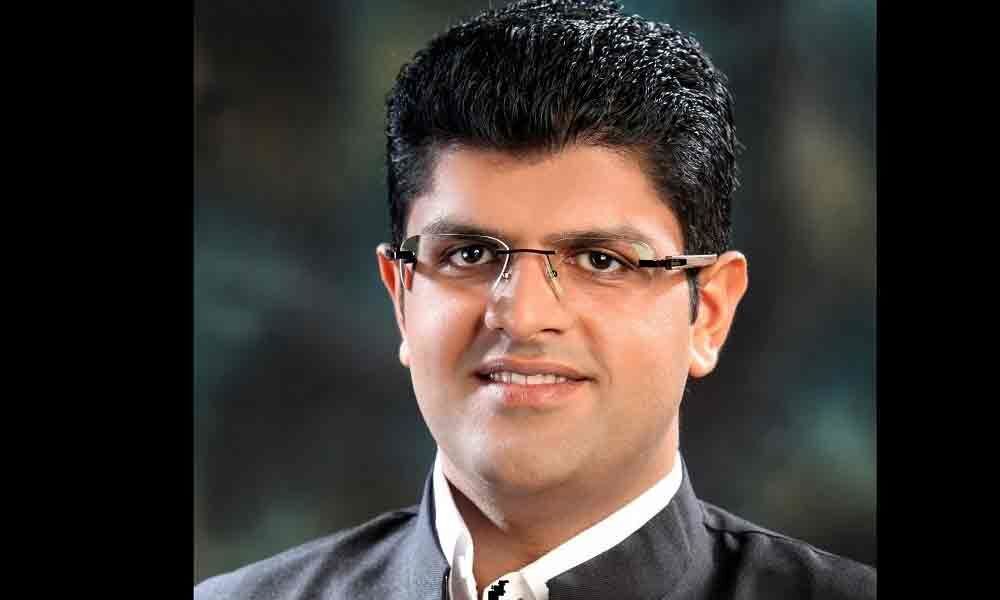 It's grand fight of grandsons in Haryana's Hisar
Highlights

In the 2014 Lok Sabha elections, Hisar gave the country its youngest-ever Member of Parliament (MP) in Dushyant Chautala. He was only 26 years and...

In the 2014 Lok Sabha elections, Hisar gave the country its youngest-ever Member of Parliament (MP) in Dushyant Chautala. He was only 26 years and one-month old at that time. This time, the Hisar Lok Sabha seat is witnessing the grand fight of two great grandsons and one grandson of three political dynasties in the state.

While Bijendra Singh, a senior Indian Administrative Service (IAS) officer, who resigned recently from service, has been fielded by the ruling Bharatiya Janata Party (BJP), and Bhavya Bishnoi by the Congress. Bijendra's father, Birender Singh, is the Union Minister for Steel in the Narendra Modi government and a Rajya Sabha MP.

His mother, Prem Lata, is a sitting BJP legislator in Haryana. Dushyant, who won the previous election as the Indian National Lok Dal (INLD) candidate, is now representing the newly formed Jannayak Janata Party (JJP) which has an alliance with the Aam Aadmi Party (AAP) for the Lok Sabha polls. He parted ways with the INLD in December last year after a bitter split in the party and the Chautala family.

Dushyant's father, Ajay Singh Chautala, is the elder son of INLD president and former Chief Minister Om Prakash Chautala. In the 2014 Lok Sabha polls, Dushyant had defeated Bhavya's father, Kuldeep Bishnoi, who had contested as a candidate of the Haryana Janhit Congress (HJC-BL) party, by a margin of over 31,800 votes.

Among the main contenders this time on this seat, Bijendra Singh is 46 years old, Dushyant 31 years now and Bhavya is only 26 years old. "I have remained active in the constituency as well as in the Parliament in raising issues and asking questions.

It is my work for the Hisar constituency in the last five years that will hold me good in the coming elections," Dushyant, who is a soft-spoken and holds a Bachelor of Science degree in Business Administration from California State University, Bakersfield, United States, an L.LM degree from National Law University, New Delhi, and a Master of Arts in Mass Communication from Guru Jambheshwar University of Science and Technology, Hisar, said.