Over 2 lakh students register on DU's website for admissions 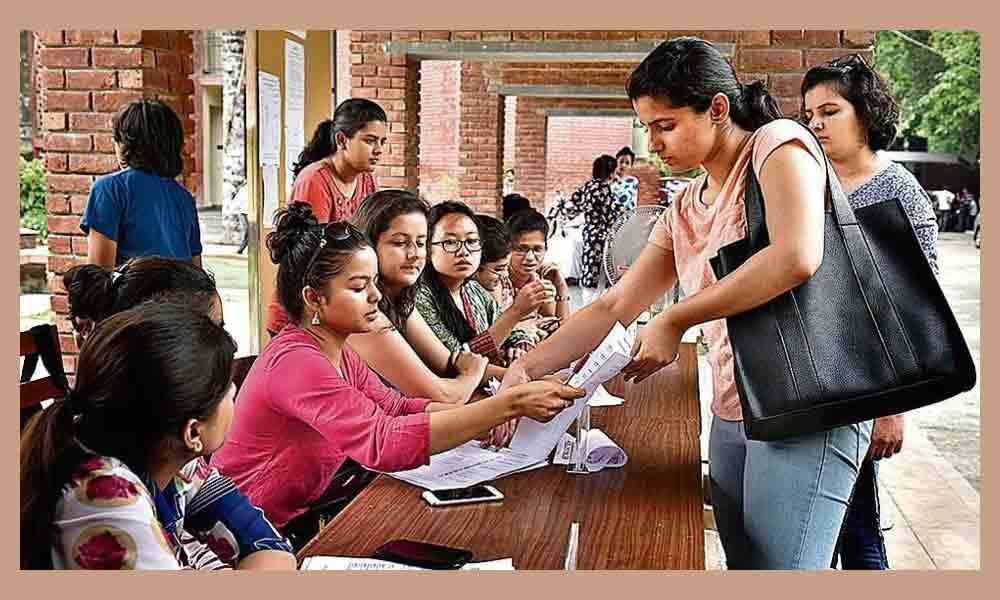 Over 2.14 lakh students have registered on the Delhi University's website for admissions to undergraduate courses till Tuesday, the varsity said.

New Delhi: Over 2.14 lakh students have registered on the Delhi University's website for admissions to undergraduate courses till Tuesday, the varsity said.

Out of the total number of registrations, 73,363 aspirants are from the unreserved category, 20,317 from other backward classes, 16,815 from scheduled castes, 3,379 from scheduled tribes and 2,142 from the economically weaker section (EWS). This year, the varsity has effected a 10 per cent increase in seats for the EWS and there will be a rise of close to 6,000 seats, taking the total number of seats for undergraduate courses to 62,000. For postgraduate courses, the university started registrations on June 3 and till Tuesday, 23,822 aspirants registered on the portal. Out of these, 11,340 are men, 12,472 are women and 10 from the third gender. As many as 5,688 candidates have made payments, the varsity said.