Modi govt has a bumpy start 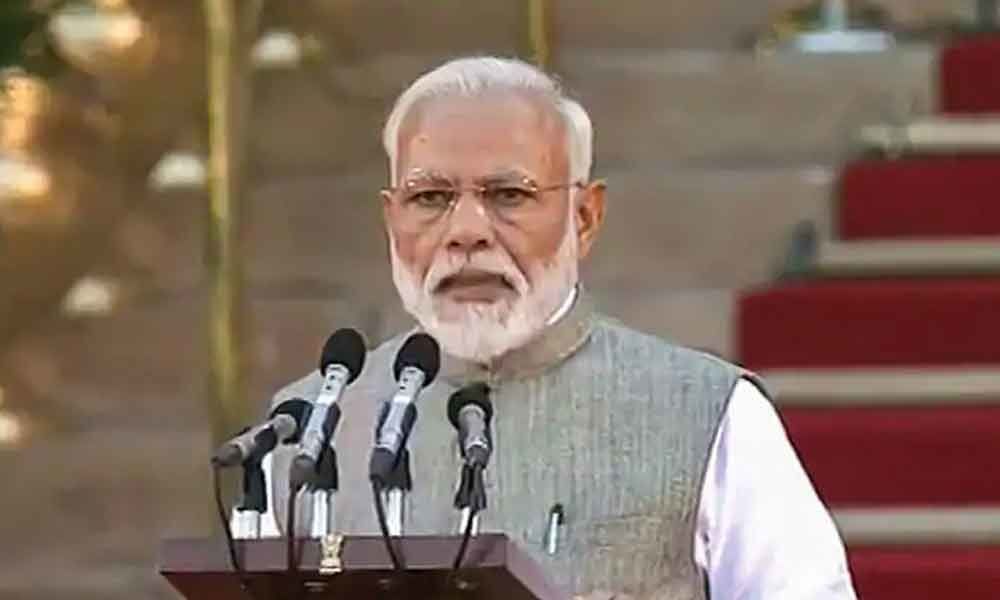 The new Modi Cabinet began its second-term journey on a bumpy start with the sulking alliance partner JD (U) deciding to opt out of the Cabinet.

The new Modi Cabinet began its second-term journey on a bumpy start with the sulking alliance partner JD (U) deciding to opt out of the Cabinet. Nitish Kumar-led JD (U) was offered one ministerial berth but the party turned it down saying it was not interested in having a symbolic presence in the new government.

JD(U) leader and Bihar Chief Minister Nitish Kumar said, "It is not necessary to be in the Cabinet. The JD(U) will continue to be in the NDA and the alliance is united."

The party had demanded three berths in the Central Cabinet, but Modi was prepared to give only one berth, which made the JD(U) take a decision to opt out of the Cabinet.

Thus, a shaky start for the government on the first day itself does not augur well for the Cabinet though there is nothing for Modi to fear.

But this distasteful experience on the first day has given a chance to the Opposition to cast aspersions on Modi's government. At the same time, this incident is expected to peter out without gaining much greater dimension.