Open letter to President of India 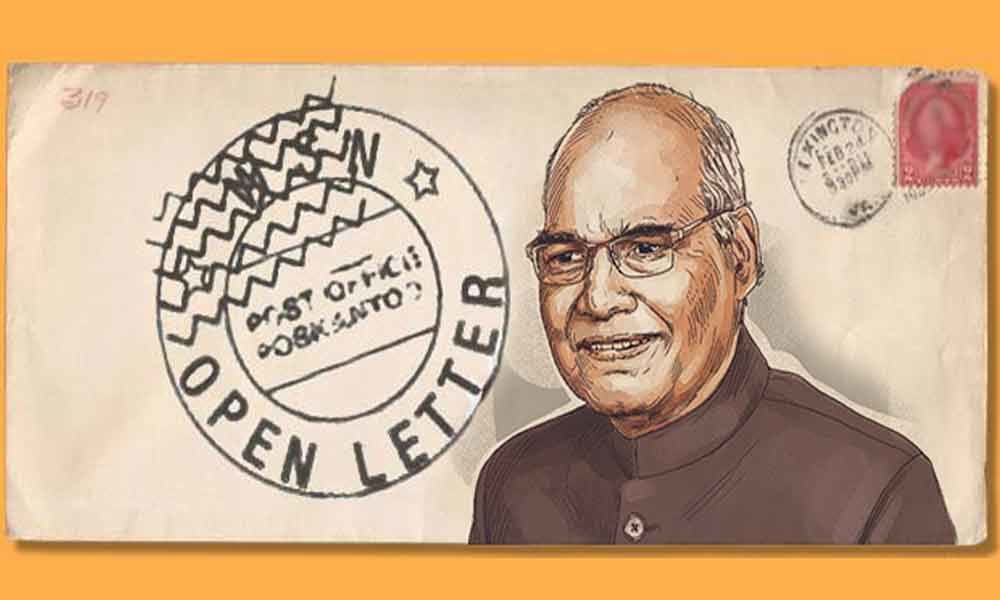 Open letter to President of India

For more than 70 days now, our country has seen massive and sustained protests against the Union government's divisive and dangerous citizenship Amendment Act scheme. This has been a movement which has not only affirmed equal citizenship as a right, but shown the whole world that citizenship is not something written on a piece of paper, but a collective value that is the basis of any constitutional democracy.

However, not everyone is happy that common citizens are asserting their ownership and belonging in our nation. The way things have unfolded in the national capital in the last two days is horrifying and totally unacceptable.

After a BJP leader openly declared that they will 'clear the streets' of all protesters, violence has spread and escalated across northeast Delhi. I have seen images and videos of police standing idly by as rioting, looting and arson has engulfed the streets. Various reports have come in of right-wing goons carrying out despicable acts of violence as the police ineffectively looks on.

Reporters have written about being asked their religion before being allowed to pass through. Citizens in Maujpur, Bhajanpura, Chandbagh, Seelampur, Jaffrabad and other areas of Northeast Delhi stayed up all night keeping vigil for the safety of their neighbourhoods, afraid that hate filled mobs might run through at any moment, unchecked by police or state authorities and dozens of innocent people killed including a policeman.

This is no ordinary situation, and it has not come about suddenly. For months now we have seen members of the ruling party and even Central Ministers instigating mobs and openly inciting violence against protesters, calling them 'infiltrators', 'Pakistani' and much worse.

We have already seen in Jamia Millia Islamia University and Shaheen Bagh how individuals responded to this call to violence and opened fire at citizens on the streets.

That unchecked incitement has now reached a new phase, where organised mobs are starting violent riots. And the police and central government is directly responsible thought it's crimes of omission and commission.

In this time of unfolding hate and madness, the government is shirking even its basic constitutional duty of protecting the life of every individual. Hence, we had come out demanding that not only police put an immediate end to the violence, but also that rioters and those who are inciting them with hateful Hindutva rhetoric be but behind bars.

We want to put it clear that this is the time that we will prove our citizenship, not through bureaucratic papers but by caring about our fellow citizens by raising voice for them during this ongoing assault.

♦ I request your kind office to immediately consider the following demands & instruct the central & state governments to act on the same:

♦ l Roll back discriminatory CAA 2019, stop the procedure of NPR which is first step of NRIC and conduct the census procedure similar to 2010.

♦ l Set up court monitored experts' panel to evaluate the scale of loss, both human & financial due to these riots in a timebound manner.

♦ l Order government to immediately provide compensation to families of victims who lost their lives in these riots & genocide.

♦ l Dismiss Amit Shah as Home Minister of India for failing to maintain law & order of New Delhi, under Article 75(2) of Indian constitution.

Hope your kind office will do the needful to avoid further trembling of trust in our executive.