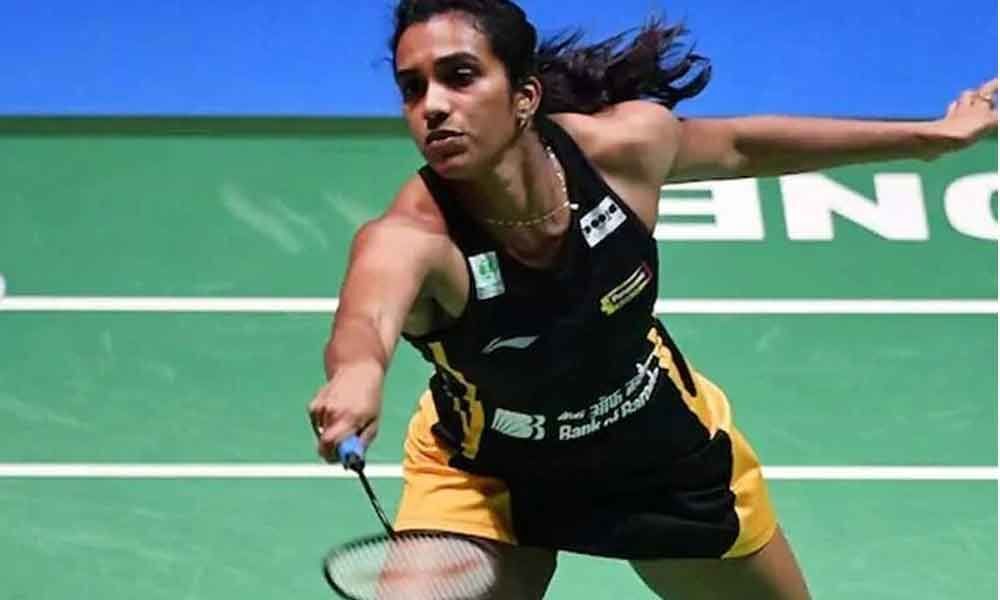 A sports star, P V Sindhu became the first Indian to be the World Champion in Badminton.

A sports star, P V Sindhu became the first Indian to be the World Champion in Badminton. Her grand emergence as the victor in the Championship and the Gold Medal in this respect are historic triumph and is a matter of immense pride and pleasure not only for Telugu States but the entire nation.

Hers is a dominating win. She has become queen of sports by dint of her dedication and struggle apart from her being stupendously talented one, as also closely discerning subtleties in playing the game as the first Indian shuttler bringing Okuhara, a Japanese champion to knees in a one-sided final and crushing in just 38 minutes, on Sunday, scripting history.

She targeted deep corners and unleashed her big smashers for gaining points according to her will. This achievement is outstanding compared to her winning two bronze medals and two silver medals earlier. With her victory, the dream of the country over forty years has fructified.

She is humble and noble in her being grateful to the country, her elders, and superiors and colleagues in the field and is much cultured and disciplined. May her spirit and achievements inspire the subsequent generations of sports persons.

Kudos to world badminton champion P V Sindhu for creating history as the first Indian to win gold at WBF Finals. It is also for the first time for her, who is nicknamed 'Silver Sindhu' for her last-minute failures at finals, to break the jinx and win the gold medal at the finals.

The winning is also special as she had defeated scores of tough players in a row and got the title. Her patience and mental stability under stress, apart from her world class skills, have made her the champion especially in the end game against World Number 4 Nozomi Okuhara.

We wish her to continue the winning streak in all upcoming prestigious tournaments, including the next Olympic games. She is no longer a 'Silver Sindhu', but she is 'Swarnam Sindhu' hereafter.

The winning of P V Sindhu in BWF World Championship is a glittering example of self-confidence and hard work. She won the gold medal in Badminton World Federation over Japan's 4th ranker Nozomi Okuhura with her parents' support and coach's excellent training.

Even though she lost with the same opponent for two times in the past, her strong determination gave her strength to grab the gold medal. The hard work of Sindhu makes her to stand as role model for all Indians.

It is one of the prestigious moments for PV Sindhu. Sindhu has won this championship for the first time, after losing two championships in the finals. She practiced very hard and built her confidence by self-assessing herself. It is a great moment for her.

All the people in India are celebrating her victory. She stood as a role model for many people who are fighting to make their profession as sports. She has set an example for women empowerment. In India, we do not encourage girls towards sports.

But now all the practices are to be kept aside and encourage girls towards sports. We are proud of you Sindhu for setting examples like this. We always celebrate your victory as our victory and support you every time.