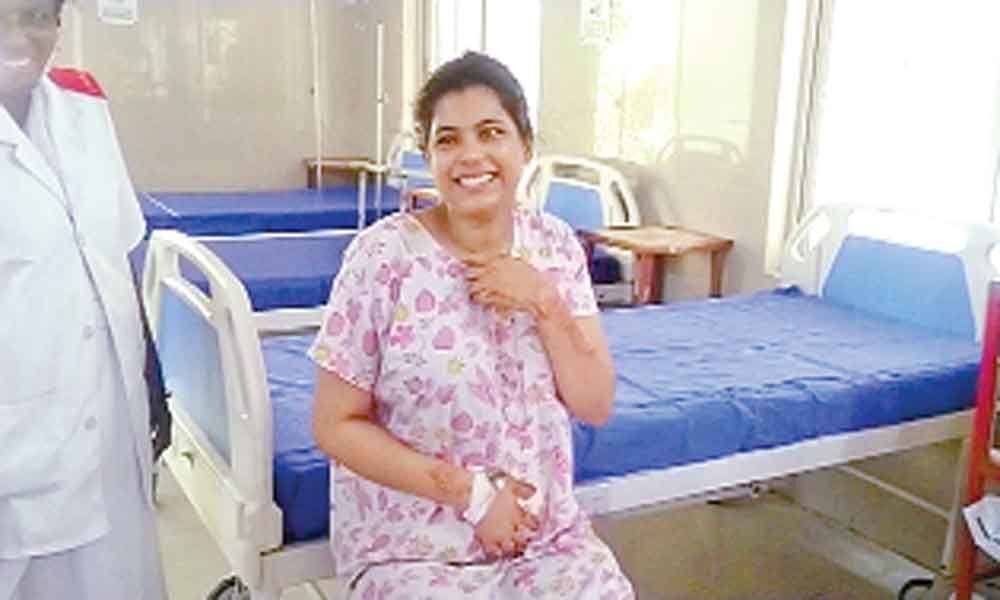 Doctors of King Koti Government Hospital removed 6.5 kg tumour that formed near uterus in a rare operation on Tuesday and saved a woman’s life. Aisha...

King Koti: Doctors of King Koti Government Hospital removed 6.5 kg tumour that formed near uterus in a rare operation on Tuesday and saved a woman's life. Aisha Parveen, 25, was diagnosed with a tumour near her uterus.

A resident of Amberpet, she was married to Shaik Khalimuddin over a year ago. The tumour was diagnosed when she went for testing as she did not conceive. Doctors found that the tumor formed seven years ago and decided to operate it as it poses danger to kidneys.

Speaking on the occasion, Dr Rajesh said that identifying such big tumor is very difficult and said the formation of such big tumours near uterus is very rare. The operation in the private hospitals may have cost the couple lakhs of rupees. The operation lasted for more than two hours, the doctor added.