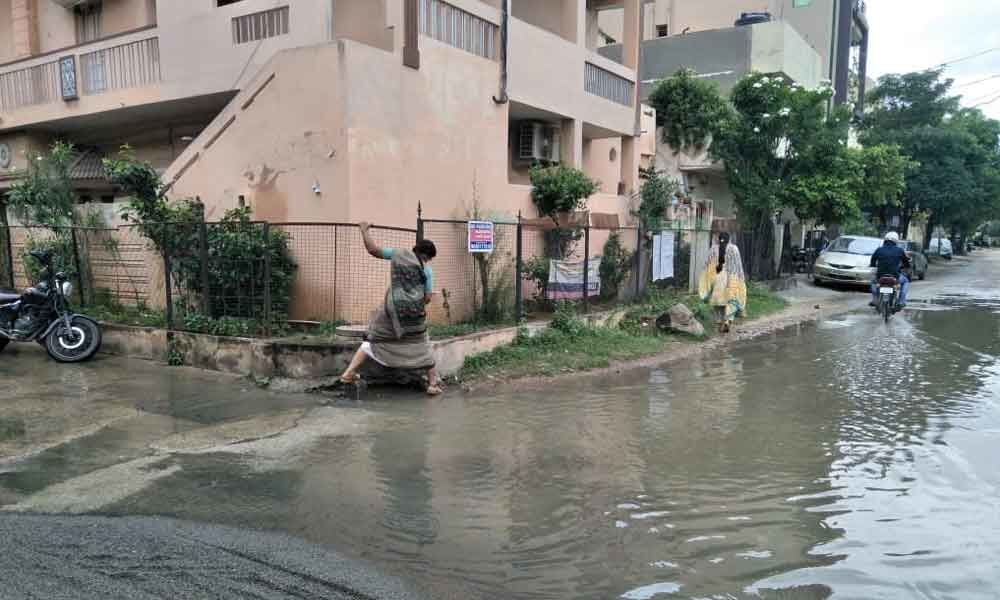 Residents of Chandragiri Colony of Safilguda are facing inconvenience due to overflow of drainage in the colony.

Malkajgiri: Residents of Chandragiri Colony of Safilguda are facing inconvenience due to overflow of drainage in the colony. Colony residents complain that even a few minutes of rain would cause drainage overflow at many places in the colony. The overflowing drainage has been emanating foul smell, causing nausea to people.

Locals express fears that the overflowing drainage may result in increasing mosquito menace, which may cause viral fevers and seasonal fevers such as dengue and malaria.

Speaking to The Hans India, a resident of the colony, said that there was no response from GHMC officials despite several complaints. He appealed to the officials concerned to take necessary measures to address the issue at the earliest.