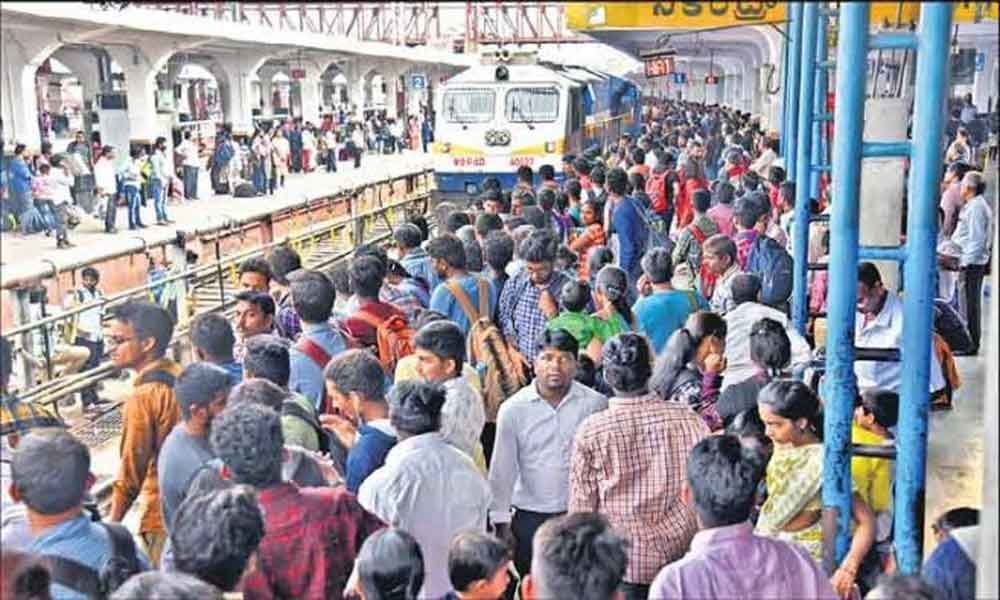 Hyderabad: Huge surge of passengers was witnessed at bus and railway stations on Thursday as people converged at these places to travel to their native places to exercise their franchise. Passenger outflows began after 9 am with the highest record of passengers. Buses to Kurnool left from Aramghar Cross Roads and Gachibowli.

Countless private buses left from major pick-up points such as Lakdi-Ka-Pul, Paradise and Ameerpet which led to traffic snarls in the area. Boarding points also included those at Miyapur and KPHB.

Passengers began to converge at the MGBS and Jubilee Bus Station from Wednesday morning itself. While the inflow of passengers at these bus stations was light in the early hours, officials said that this was due to the rush being cleared a night before.

Political parties too began ferrying voters to their native places in Andhra Pradesh. Those in the know said that parties appointed one person for five families. This person was in charge of making travel arrangements for voters and their return.

Thousands of voters took the trains to reach their destinations. The Secunderabad Railway Station was bursting at its seams on Wednesday with several passengers spilling onto the platforms. Many were seen getting into heated arguments with fellow passengers for seats and even entry into coaches.

Despite the doors of coaches being shut from inside, passengers were seen trying to enter. According to travelers, traffic snarls at major toll gates on the way to Andhra Pradesh were witnessed due to heavy vehicular activity.