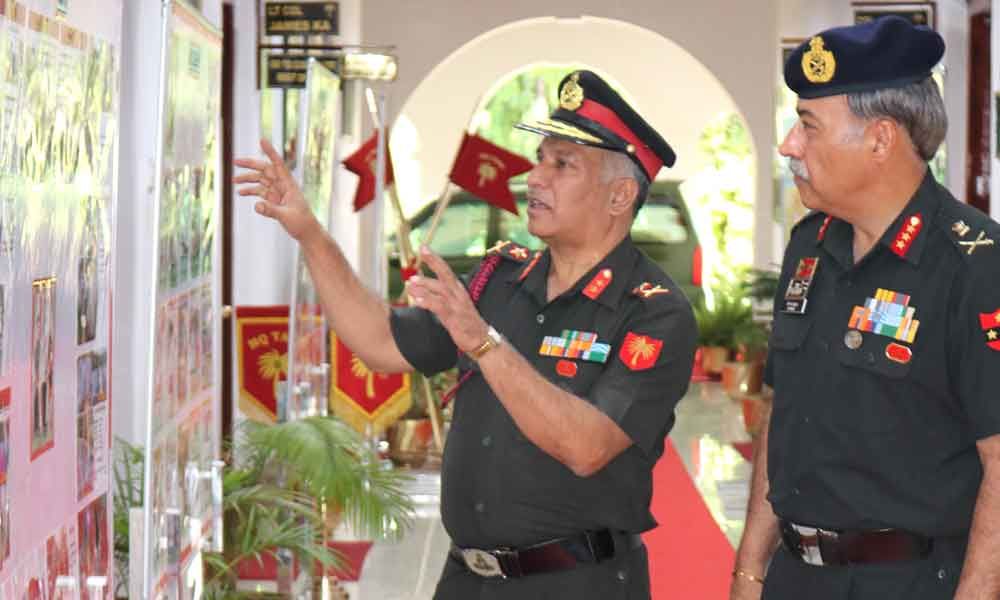 The General Officer visited the newly constructed state-of-the-art Cath Lab and renovated operation theatre, ICU at military hospital, Secunderabad., and lauded the efforts towards enhancement of the health care for the troops.

The COS also visited Golden Palm Sainik Bhawan near Secunderabad railway station which is a unique Equivalent Value Land project. Sainik Bhawan has been constructed by Hyderabad Metro Rail Limited in lieu of Defence land for Metro Railway Station.