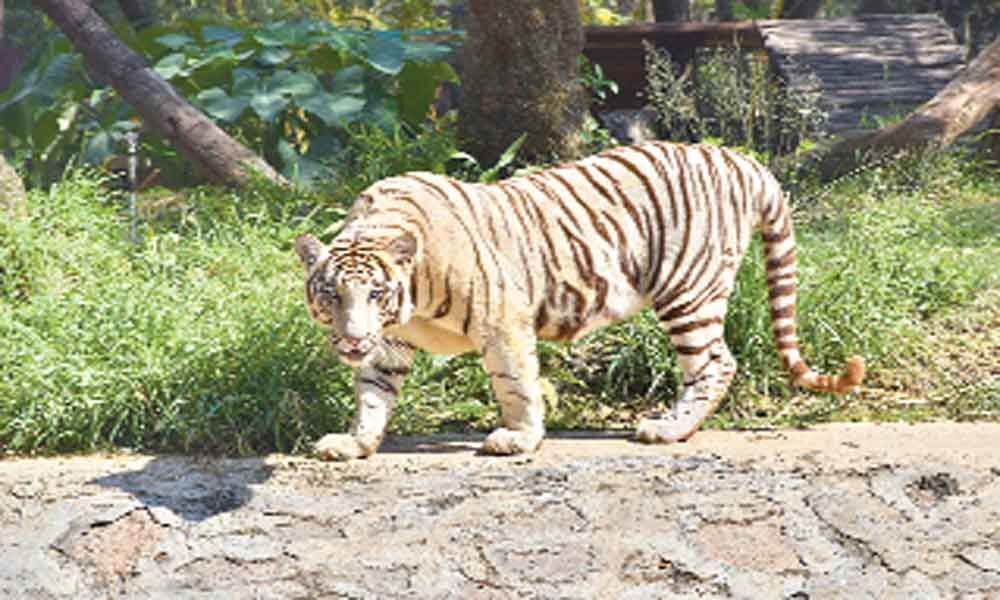 Bahadurpura : A 14-year-old white tiger named Badri born in Tirupati Zoo died in Nehru Zoological Park while undergoing treatment for a tumour. The zoo authorities informed that it was undergoing treatment for inflammation on the right side of the sub-mandibular region, below ear for last one month, and also for swelling of the cheek below the ear on account of suspected tumor.

Due to treatment, the animal was taking feed and was generally having good appetite. "On August 7 swelling around the cheek increased and it was moved to neck region. It resulted in the tiger eating only small pieces of chicken and beef about 1 to 1.5 kg," the officials disclosed.

On August 13, the animal was tranquilised and treatment was provided by draining the tarry coloured blood and exudates and dressing was done to the wound. But, complete recovery of the swelling was not observed and swelling further moved towards the region behind the ear and neck.

On August 16, the animal was taken into the squeeze cage for proper treatment and given medication. Unfortunately, it breathed its last at 11:30 am, while the treatment was in progress. "The post mortem was conducted on the same day by veterinary experts team from zoo. Post-mortem revealed multiple tumours as the possible cause of death," they added.