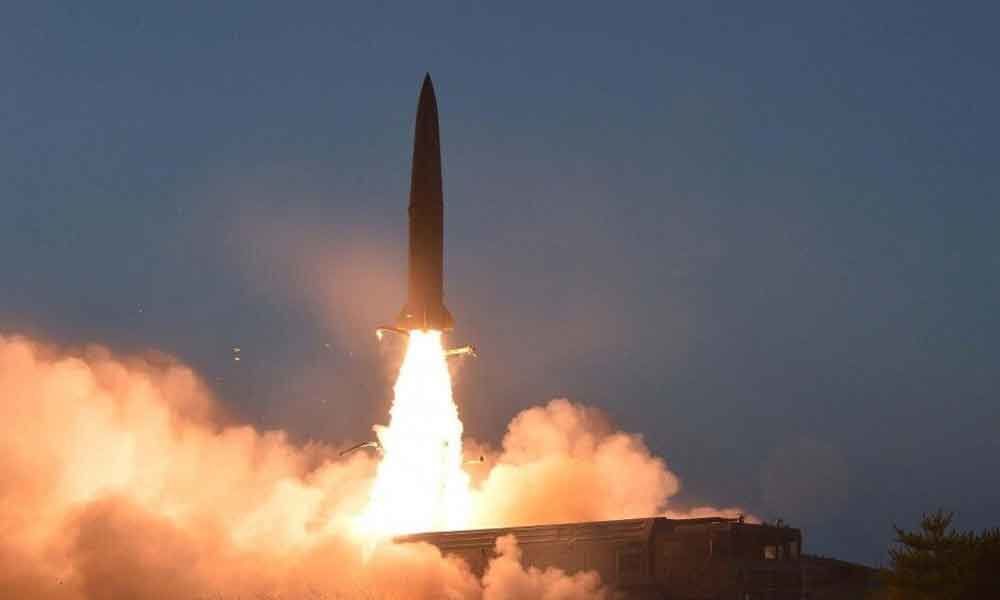 The Japanese and South Korean governments said Saturday that North Korea had earlier that day fired two projectiles believed to be short-range ballistic missiles into the Sea of Japan, in Pyongyang's seventh round of such launches since July 25.

The missile firings came a day after South Korea formally informed Japan of its decision to scrap a bilateral military intelligence-sharing pact, fanning concern that trilateral security cooperation with the United States would weaken in future.

Kim emphasized the need to "continue to step up the development of Korean-style strategic and tactical weapons for resolutely frustrating the ever-mounting military threats and pressure offensive of the hostile forces," the news agency reported.

The Rodong Sinmun, the mouthpiece of the ruling Workers' Party of Korea, ran photos of the rocket launcher in its Sunday edition.

Recently, North Korea has repeatedly launched new weapons, including what appeared to be short-range ballistic missiles, off its east coast, in protest against the U.S.-South Korea joint military exercise that took place from Aug. 5 through last Tuesday.

Pyongyang has denounced such drills as rehearsals for an invasion. Saturday's missile launch was the first since the joint military exercise ended.

The missiles, fired from Sondok in North Korea's South Hamgyong Province on Saturday morning, flew 350 to 400 kilometers, according to Tokyo and Seoul.