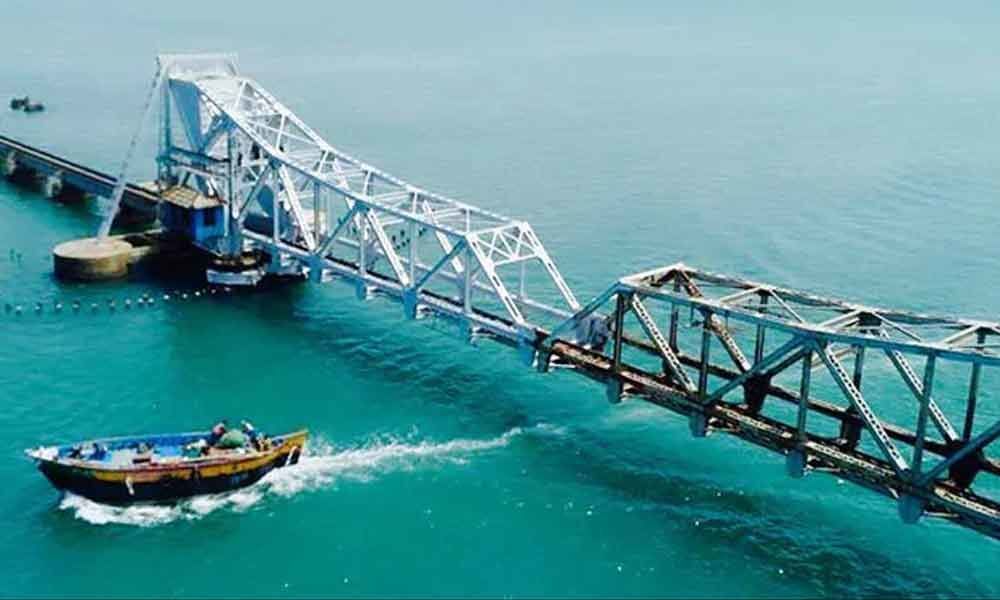 A bomb threat has been received to the Pamban sea bridge, which connects the holy island of Rameswaram to the mainland, prompting police to carry out...

RAMESWARAM, TAMIL NADU: A bomb threat has been received to the Pamban sea bridge, which connects the holy island of Rameswaram to the mainland, prompting police to carry out extensive searches Friday.

Police said an anonymous phone call threatening to blast the Pamban bridge was received at a police office in Chennai.

Following this, police, along with sniffer dogs and bomb detection squad personnel, mounted a search on both the road and rail bridges connecting Pamban and Rameswaram, they said.

Vehicles plying on the road bridge were being checked, police said.

The threat comes at a time when security to the famous Lord Ramanathaswamy temple here has been heightened following the serial bomb blasts in Sri Lanka, which left 253 people dead and injured 500 others.

The Coast Guard, Coastal Marine Police and the local police have been asked to be vigilant round-the-clock as there was a possibility of some terrorists involved in Sri Lanka's worst terror attack entering India through the sea route, police have said.

Ahead of Republic Day, police conduct anti-sabotage check at...

If India can resolve boundary issue with Bangladesh, why not...