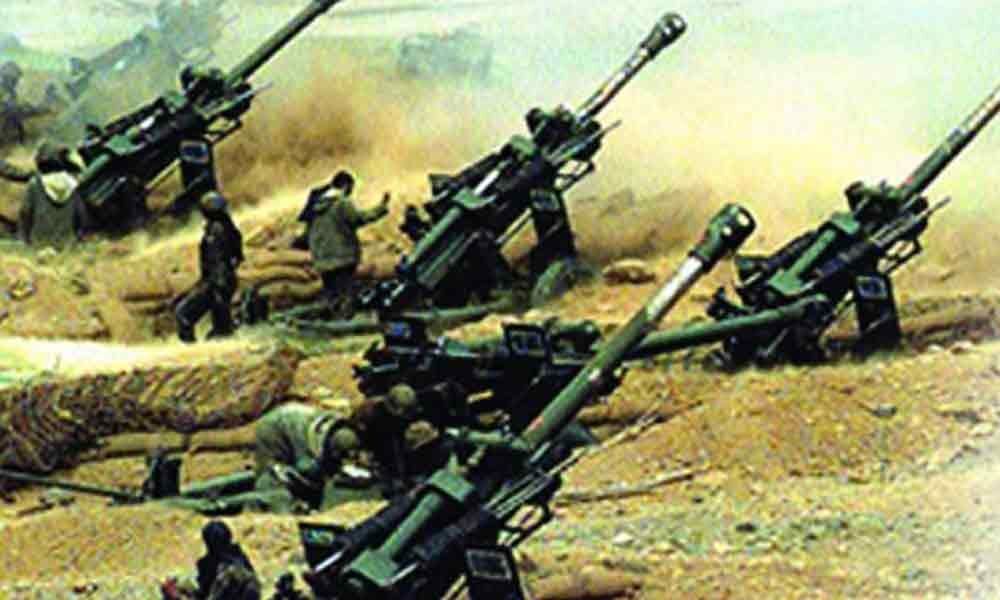 Garkhon: Twenty years after Indian troops recaptured several mountain tops overlooking the strategic Srinagar-Leh highway from Pakistani intruders, they will again scale the jagged heights and recreate the victory scenes to mark the anniversary of the Kargil war on July 26.

People living along the Line of Control (LoC) in the Batalik sector, where the intrusion by Pakistani troops was first detected by some residents in early May 1999, say they are looking forward to relive the moment when the troops unfurled the Indian flag after some of the fiercest battles of the conflict.

The 20th anniversary of "Operation Vijay" will be celebrated with the theme 'Remember, Rejoice and Renew' and troops from three battalions will undertake expeditions to the peaks where their units had fought under impossible conditions to drive out the intruders. "We 'remember' our fallen heroes by revisiting their sacrifices which instills pride and respect. We 'rejoice' by celebrating the victory in Kargil and we 'renew' our resolve to safeguard the honour of the tricolour," an Army official said on Saturday on the theme of this year's celebration.

Troops from 2 Rajputana Rifles will scale Tololing peak, 13 Jammu and Kashmir Rifles will climb Point 4875 (now known as Batra top) and 1/9 Gorkha Rifles will ascend Khalubar summit, he said. Another officer, who fought in Batalik, said, "Everyone talks of Tololing and Tiger Hill, but the battles of Khalubar, Jubar and Kukarthang were far tougher." Besides the rugged terrain and freezing temperatures, tactically too the Batalik battles were more difficult, he said. "The enemy had made deeper inroads over a wider area, meaning there were more heights to be won with fewer resources," he explained.

A treacherous ridgeline in the Batalik sector, Khalubar saw a major battle with 1/11 Gorkha Rifles leading the fight. Lt Manoj Kumar Pandey led the final assault and was awarded the country's highest gallantry award Param Vir Chakra. The terrain of Batalik-Yaldor-Chorbatla sector is the most rugged after the Siachen Glacier, with heights ranging from 15,000 feet to 19,000 feet.

The temperatures in winter range from minus 10-15 degrees Celsius on a sunny day to minus 35-40 degrees Celsius at night. Even in summer, the night temperatures hover around minus 5-10 degrees Celsius. In the heights of Kargil, the signs of the battles may have long obliterated, but the locals still vividly recall the Indian Army's bravery. "We are proud of our Army which fought a deadly short war in these rugged, remote and inhospitable sectors and reclaimed all our posts," a resident of Garkhon village in Batalik sector, Tsering Dolkar, told PTI.

A shepherd from Garkhon village, Tashi Namgyal, had first spotted the intruders at Jubar ridgeline in Batalik on May 3, 1999, and alerted the Army. He, along with two of his friends, had gone looking for a lost yak. While peering through his binoculars, he saw six Pakistani soldiers dressed in black Pathani outfits. "We are eagerly waiting to take part in the 20th anniversary celebrations of 'Operation Vijay'. We will visit the war memorial at Drass to pay tributes to our slain soldiers," another villager, D Namgyal said. "We want to witness the Army troops and units recreate the victory scene," he added.

Recounting the horror that the villagers went through during the war, D Namgyal said the mountains shook with the constant heavy artillery fire. Like the residents of Garkhon, people in other villages are also excited about the 20th anniversary of "Operation Vijay". "We will also take part in the anniversary celebrations and pay homage to our brave soldiers," a resident of Batalik village, Mohammad Habib, said.

The Kargil war was declared over on July 26, 1999, after Indian soldiers pushed back the Pakistani troops, a bulk of them drawn from the neighbouring country's Northern Light Infantry, from the captured peaks. The day is observed as 'Kargil Vijay Diwas' to commemorate India's victory. The celebrations for the 20th anniversary of the war will be spread over three days, from July 25 to July 27.