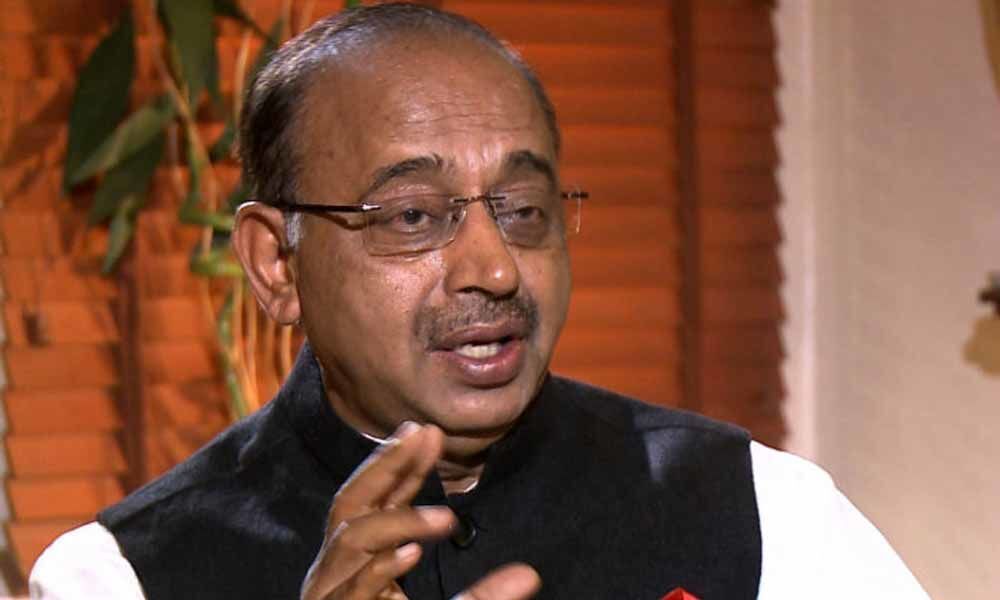 A mob vandalised a temple after a fight broke out over parking of a two-wheeler at Lal Kuan area under Hauz Qazi police station on Sunday night.

NEW DELHI: Former Union minister Vijay Goel Wednesday accused Delhi Environment Minister Imran Hussain of being involved in the vandalism of a temple in the Hauz Qazi area, a charge refuted by the AAP leader who also filed a police complaint against the BJP MP for his "baseless allegations".

Goel, BJP's Rajya Sabha MP and former president of the party's Delhi unit, told reporters that during his visit of Hauz Qazi area, locals had told him that Hussain "deliberately" gave "communal colour" to the incident.

A mob vandalised a temple after a fight broke out over parking of a two-wheeler at Lal Kuan area under Hauz Qazi police station on Sunday night.

"Involvement of Imran Hussain in the attack on temple raises several questions," Goel said in a press statement and pointed to the silence of Chief Minister Arvind Kejriwal over the incident.

Hussain, AAP MLA from Balliamaran seat and Environment minister in the Kejriwal government said that he had tried to pacify people on the request of the police.

"After reaching the (police) station at around 11.30 pm on that day, I appealed through a loudspeaker to people from both sides to calm down," he told PTI.

Reacting to the police complaint filed against him, Goel said that the Aam Aadmi Party (AAP) was indulging in "appeasement" politics. Goel said his allegation was based on what locals told him during his visit of the affected area.