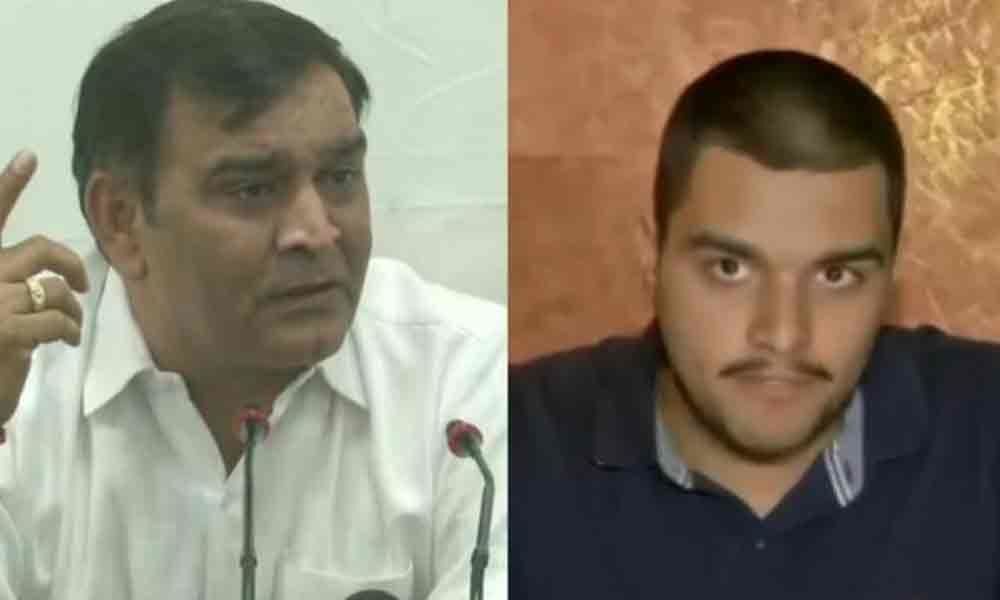 Just a day before polling in Delhi, the son of an Aam Aadmi Party (AAP) candidate made a sensational allegation on Saturday

New Delhi: Just a day before polling in Delhi, the son of an Aam Aadmi Party (AAP) candidate made a sensational allegation on Saturday, claiming that his father had paid Rs 6 crore to party chief and Delhi Chief Minister Arvind Kejriwal to get the ticket.

The allegation was made by Uday, son of AAP's West Delhi candidate Balbir Singh Jakhar, while speaking to reporters here. When contacted for his reaction, Jakhar told IANS that his son was not staying with him from past 14-15 years and he will come out with more details in sometime.

Uday, while speaking to the media, alleged, "He (Jakhar) paid Rs 6 crore to Kejriwal for the ticket... My father told me that he paid the amount to Kejriwal." He went on to allege, "The more shocking part is that Kejriwal, who was party of the Anti-Corruption movement, is so corrupt and taking money."

Uday added that this was not the only thing he wanted to tell the world to clear his conscience. He alleged that his father was among those who tried to save Congress leader Sajjan Kumar, who was awarded life term by the Delhi High Court in a 1984 anti-Sikh riots case.

"My father also decided to represent Sajjan Kumar in court. He was paid huge amount to bail him out," Uday claimed. Uday insisted that he does not have affiliation with any political party.