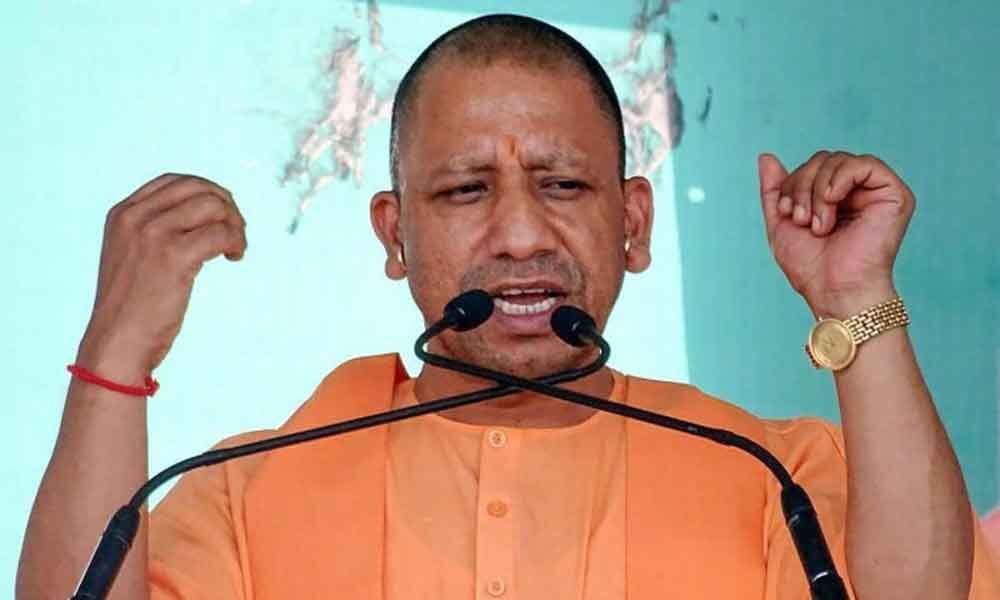 Gandhi filed his nomination paper from Wayanad which has a sizable Muslim population, on Thursday.

Hojai: Uttar Pradesh Chief Minister Yogi Adityanath Saturday alleged that the Congress has entered into an "unholy alliance" with the Muslim League which was evident from the green flags seen when Rahul Gandhi went to file nomination in a procession from Wayanad Lok Sabha seat in Kerala.

Gandhi filed his nomination paper from Wayanad which has a sizable Muslim population, on Thursday. A video of Gandhi's procession while going to file nomination at Wayanad has gone viral. It was recorded from a spot that showed green flags of the Muslim League fluttering over the procession. "Gandhi ran away from Uttar Pradesh and filed his nomination from a seat in Kerala. In his procession there was neither the Indian Tricolour nor the Congress symbol 'hand' but only the Muslim League's green flag with stars and mooon," he claimed while addressing an election rally here in Central Assam. "This unholy alliance has exposed the mindset of the Congress.

The Muslim League was responsible for the partition of the country and the killing of lakhs of people during that time. Now the Congress has a political alliance with the same party," the UP chief minister said. In Assam too, the Congress has entered into an understanding with Badruddin Ajmal's AIUDF which is responsible for myriad problems in the state, he alleged. "The Congress has compromised the national security and your security by entering into both these alliances," he told the rally. He asserted that India under Modi has emerged as a global economic power attaining the sixth position from the earlier 11th place under the UPA regime. Adityanath was campaigning for BJP's Nowgong candidate Rupak Sarmah.