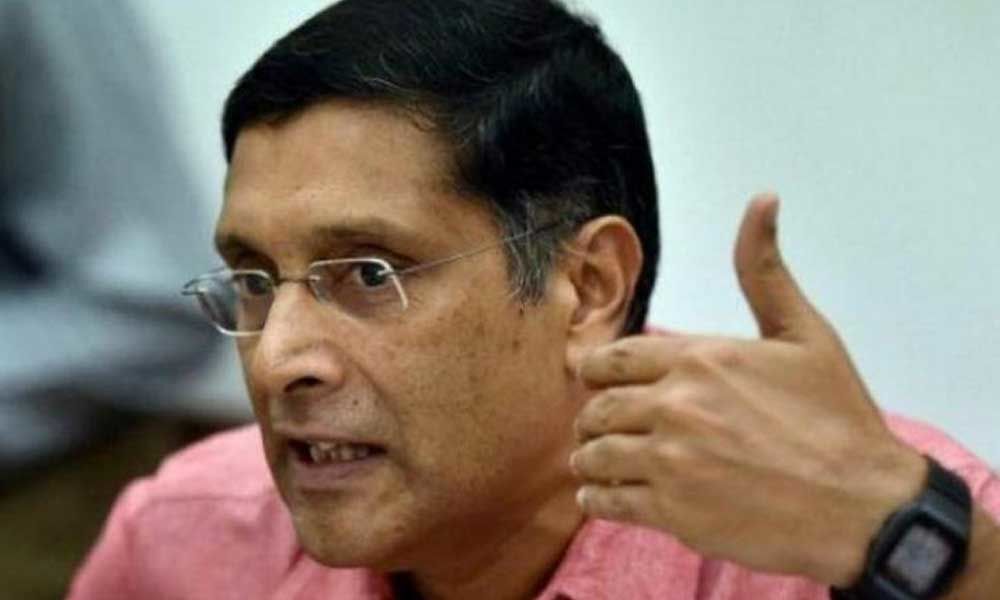 Arvind Subramanian, in a paper, said India's economic growth rate has been overestimated by around 2.5 percentage points.

New Delhi: The Economic Advisory Council to the PM on Wednesday refuted the claims of former CEA Arvind Subramanian regarding overestimation of Gross Domestic Product (GDP) numbers and said it will come out with a point-by-point rebuttal in due course.

Subramanian, in a paper, said India's economic growth rate has been overestimated by around 2.5 percentage points between 2011-12 and 2016-17 due to a change in methodology for calculating GDP.

The Economic Advisory Council will examine in detail the estimates made in Subramanian's paper and come out with a point-by-point rebuttal in due course, it said in a statement.

"At the moment, it is felt that any attempt to sensationalize what should be a proper academic debate is not desirable from the point of view of preserving the independence and quality of India's statistical systems, all of which the former CEA is familiar with," it said.

"These are certainly issues that Dr Subramanian must certainly have raised while he was working as CEA, though by his own admission, he has taken time to understand India's growth numbers and is still unsure", the EAC-PM added.

On Tuesday, the Ministry of Statistics and Programme Implementation (MoSPI) had said it follows accepted procedures and methodologies for arriving at projections of national income, while rejecting the contention of the former chief economic adviser (CEA).