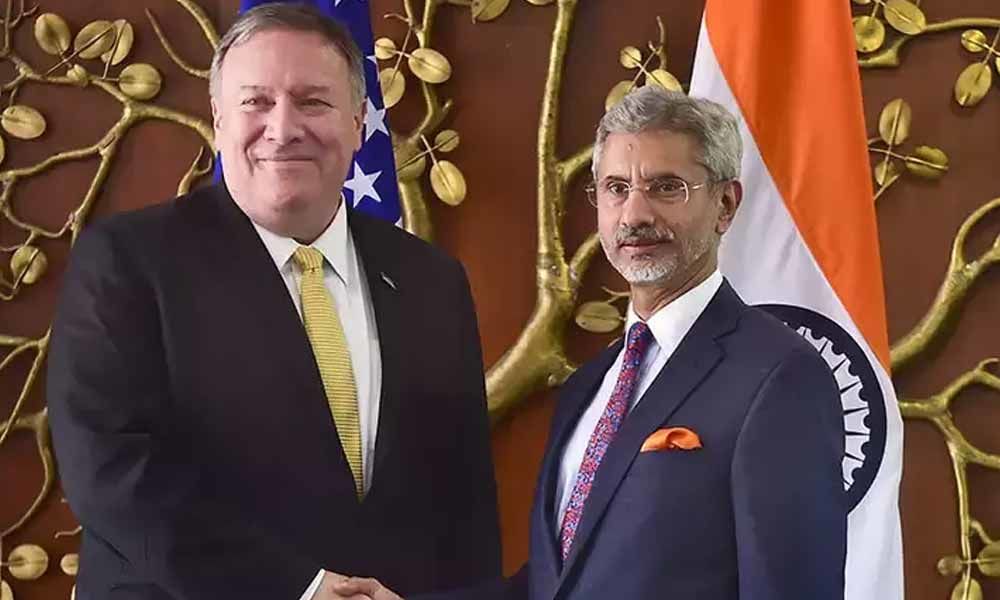 Pompeo, who arrived here Tuesday night, called on Prime Minister Narendra Modi in the morning and discussed various aspects of the bilateral relationship.

"Welcoming a close friend. Continuing the emphasis on high-level Indo-US exchanges, EAM Dr S Jaishankar warm-heartedly welcomed Secretary Pompeo as the first US dignitary visiting India after elections. Secretary Pompeo is the first Foreign Minister to be hosted by EAM," Ministry of External Affairs Spokesperson Raveesh Kumar tweeted along with a picture of the two leaders.

Pompeo, who arrived here Tuesday night, called on Prime Minister Narendra Modi in the morning and discussed various aspects of the bilateral relationship.

"Working together to further deepen our strategic partnership. Secretary Pompeo called on PM Narendra Modi to exchange views on various aspects of Indo-US relationship. PM will meet President Donald Trump on the sidelines of the upcoming G20 Osaka Summit," Kumar tweeted with pictures of the Modi-Pompeo meeting.

The US Secretary of State's talks with the Indian leadership are the first high-level interaction between the two countries after the return of the Modi government to power last month.

Pompeo's visit comes ahead of a meeting between US President Donald Trump and Modi on the sidelines of the G20 Summit in Osaka, Japan, later this week.

Ahead of the strategically-important India-US talks, diplomatic sources on Tuesday said India meets the US waiver criteria for procuring the S-400 missile defence system from sanctions-hit Russia, and asserted that New Delhi cannot "wish away" its defence ties with Moscow.

The details of the Jaishankar-Pompeo meeting were immediately not known, but India's missile defence system deal with Russia, terrorism, H-1B visas, trade and the situation arising out of US sanctions on buying oil from Iran, were likely to be discussed during the talks.