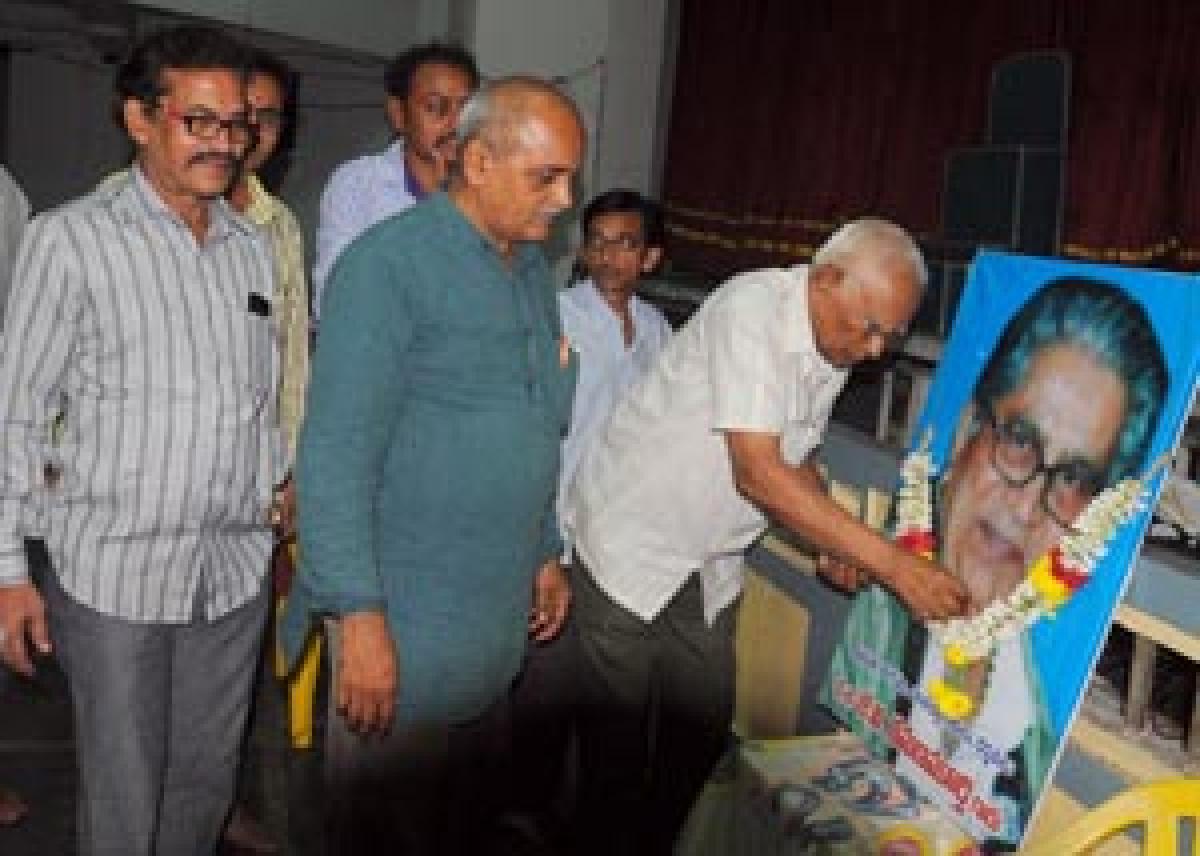 GRK Murthy who acted with Ramana Murthy in the play ‘Kalaratri’, paid glowing tributes to the veteran actor who died on June 22. “Ramana Murthy was a legend and his dialogue modulation was great. Ramana Murthy did justice to the art of theatre and cinema by completely immersing himself in his roles,” GRK Murthy said.

Federation president HVRS Prasad termed Ramana Murthy’s essaying the role of Gireesam in Kanyasulkam play of Gurazada Apparao a masterpiece. The State Government should conduct lectures on eminent theatre personalities as a measure to promote the stage art, he said.