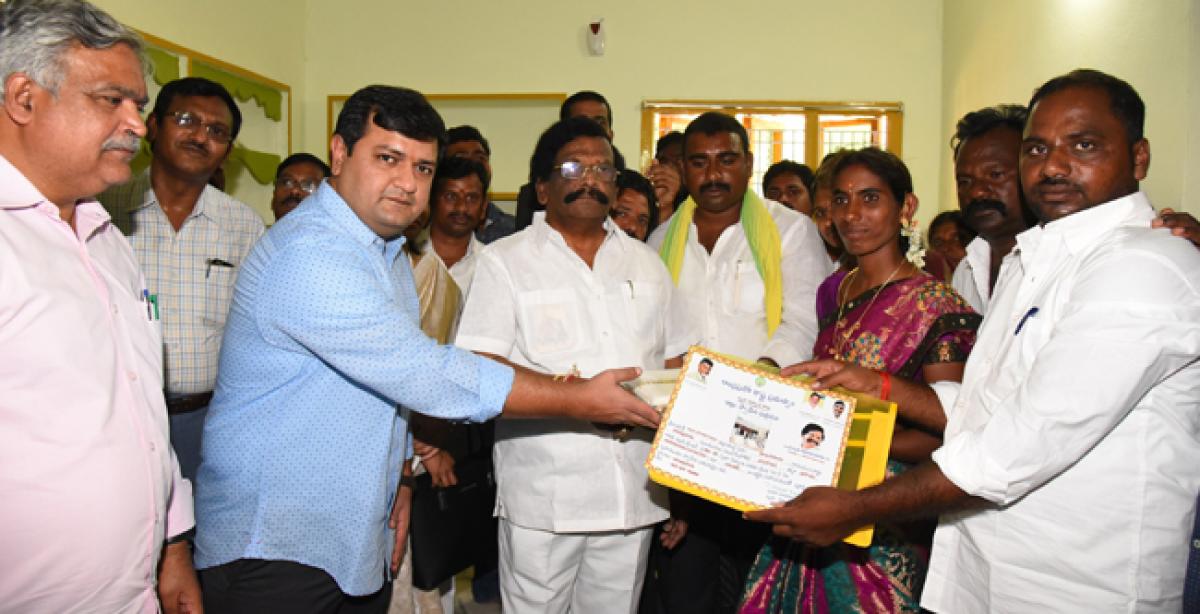 The minister said that Chief Minister N Chandrababu Naidu inaugurated three lakh houses officially on Thursday and 19,474 houses in them are in Prakasam district. He announced that the state government has fixed a target to construct 19 lakh houses for the poor and already inaugurated one lakh houses on October 2, 2017.

He said that the government is encouraging the construction of the houses by giving a subsidy of Rs 1.5 lakh. He announced that in 3,792 houses allotted to Darsi constituency, 2,307 houses were already completed, 986 are in various stages of progress and 499 are yet to be started. He ordered the officials to start the construction of pending houses immediately.