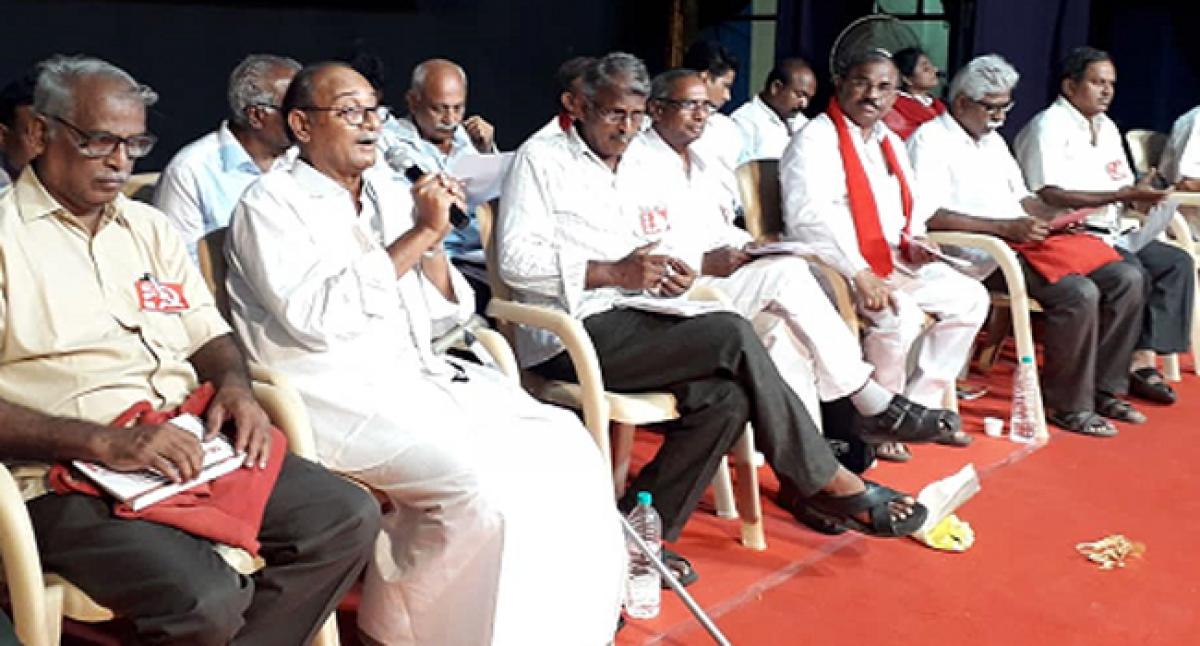 Addressing a meeting on ‘Alternative agriculture system’ held under the aegis of CPI and CPM district units at Sri Venkateswara Vignana Mandir in the city on Friday, he criticised the governments for neglecting the farm sector and reminded that 3.65 lakh farmers committed suicide due to crisis in agriculture sector.

He stressed the need to extend helping hand to farmers in a big way for the crop damage caused by adverse seasonal conditions, pest attacks and falling of prices. He demanded debt redemption to farmers and set up a commission on the lines of Kerala state.

CPI state assistant secretary Muppalla Nageswara Rao said while parties in the opposition conducting Rythu Baata programmes, the parties in power were supporting corporate houses and hoodwinking the farmers. He said the crop loan waiver scheme was benefiting the land owners and demanded that the Centre implement Swaminathan Commission recommendations.

Stating that the benefits of crop insurance scheme was benefiting land owners, he said the tenant farmers were incurring heavy losses due to crop damage.

He came down heavily on banks for not sanctioning loans to tenant farmers. As a result, they are taking loans from private money lenders and unable to clear debts, forced to commit suicides, he added.