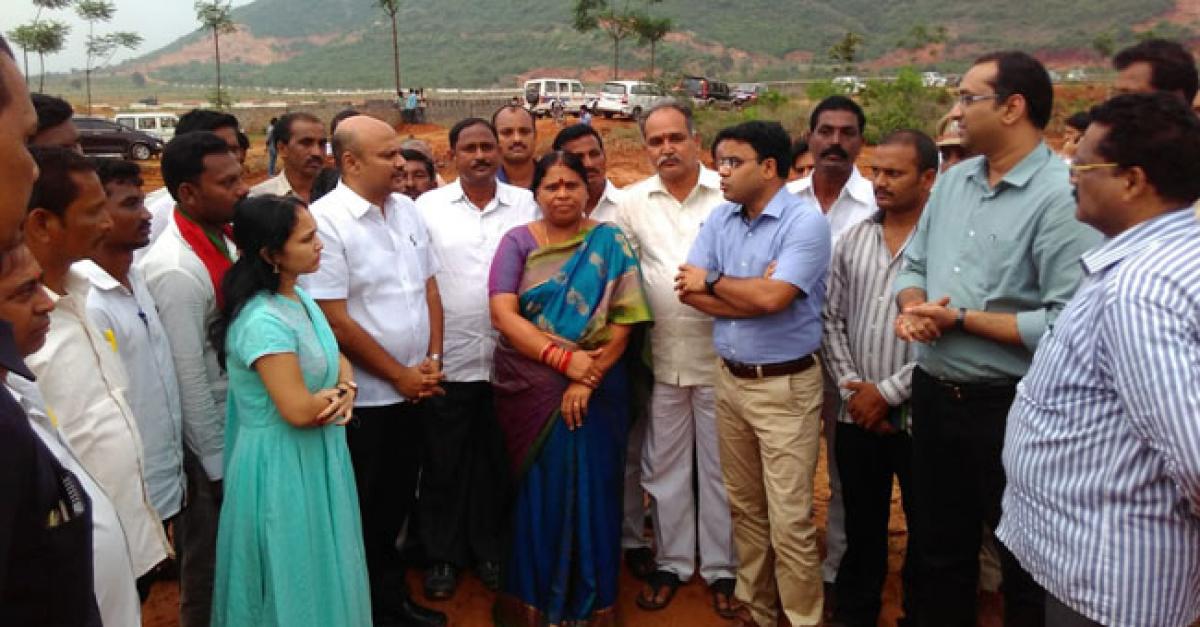 Kothavalasa (Vizianagaram): The State government has initiated steps to start works for Tribal University as the Centre sanctioned funds for the institute. Recently the Union Cabinet approved to release funds to this organisation.

The establishment of Tribal University in Andhra Pradesh was mentioned in AP Reorganisation Act. The higher officials of Human Resource Development, Government of India have visited the sites at Salur and Kothavalasa of Vizianagaram district and Sabbavaram area of Vizag district but they had chosen the land at Kothavalasa.

Recently the Union Cabinet has sanctioned Rs 834 crore to this Central institute and released Rs 420 crore. The State government has identified 504 acres of land in Relli village of Appannapalem panchayat in Kothavalasa mandal. Even the AP government has allotted 526 acres of land for this university and taking initiatives to release funds on behalf of its share.

Kothavalasa tahsildar K Srinivasa Rao stated, “We have allotted 526 acres of government land. We need not acquire any land from private parties or farmers. Out of 526 acres, 179.13 acres is encroached by locals for the past few decades. We are giving house sites to those families to make them to vacate and even we are giving equal amount of land to them at some other places. So, they are happy and we will hand over the land to the government shortly.”

Even much before the sanctioning of funds from the Union government, the State government has planned to construct a compound wall around the land and minister RVSK Ranga Rao has participated in inauguration of this programme. Joint collector M Venkata Ramana Reddy said, “We have made all arrangements to take over the land into government control and hand over to concerned authorities to start the varsity works.

We visited the place recently and negotiated with the people who are enjoying the land there for the past few years and convinced them to vacate it. Everything will be completed shortly.”

Andhra University, Department of Education, Prof M Madan Mohan said establishment of specialised university for tribes is a good decision. “The institute is really a boon for tribes. More number of seats will be reserved for those communities and research works on the tradition and culture also will be helpful.

The customs and traditions will be documented and their skills and professions also will be protected. But the government should take more care on recruitment of faculty. Only highly qualified should be recruited here. Then only the institute will be ideal in this entire state,” he said.