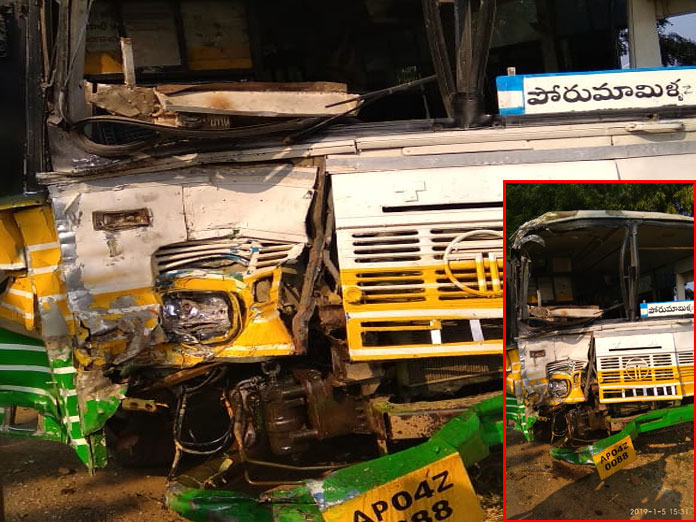 Kadapa : At least 25 passengers were injured when two RTC buses collided with each in opposite direction at Itrampet village of B. Kodur mandal on Saturday.

According to the Porumamilla SI Maddileti a RTC bus which is coming to Badvel from Seetharamapuram stationed at Itram village for loading the passengers. Another RTC hired bus which is going in a opposite direction hit the parking bus leads the accident following driving driver lost control over the steering.

Police said as many as 25 passengers were injured in both buses in the incident. Three passengers who were critically injured in the incident shifted to the Sri Venkateswara Institute of Medical Sciences in Tirupati where the condition of them stated to be serious. A case has been registered by Porumamilla police.