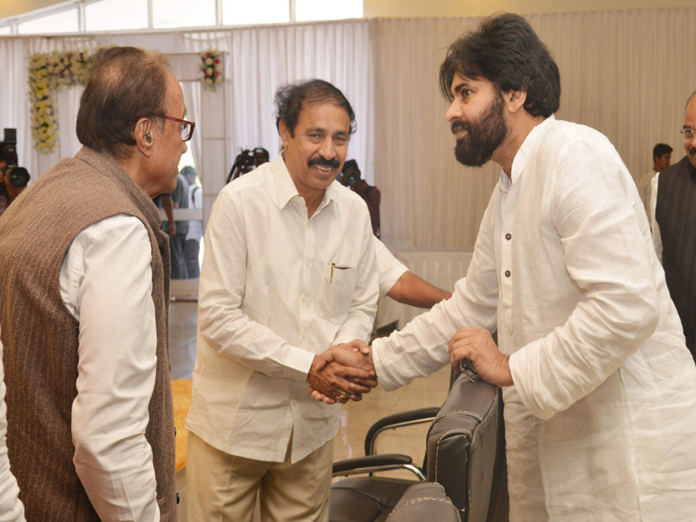 Visakhapatnam: Jana Sena Party and Left Parties expressed strong doubts over the functioning of Electronic Voting Machines (EVM) being used in the elections across the country.

JSP, CPI, and CPM jointly demanded that the Election Commission of India should clear the doubts being expressed on the functioning of the EVMs.

Jana Sena Party chief Pawan Kalyan, CPI General Secretary Suravaram Sudhakar Reddy and CPM politburo member B V Raghavulu along with senior leaders held a discussion about their alliance in the coming elections and strategies to be adopted.

Addressing the media after a six-hour long brainstorming session, Suravaram Sudhakar Reddy said the voters in the country raised doubts over the functioning of EVMs.

The Election Commission should clear the doubts immediately, he said. On behalf of the three parties CPI, CPM and Jana Sena, he said the EC should constitute an expert committee to study the functioning of EVMs. “We have strong doubts on the polled votes and actual voters list in Telangana State,” Reddy said.

“Finally, we have decided to meet again in February to take a final decision on sharing of the seats and other issues,” Pawan Kalyan said. CPM politburo member B V Raghavulu said that the meeting discussed the problems being faced by the people in the State. The subjects discussed include generation of resources in the State, paying taxes to the Centre and grants from the Centre to the State.