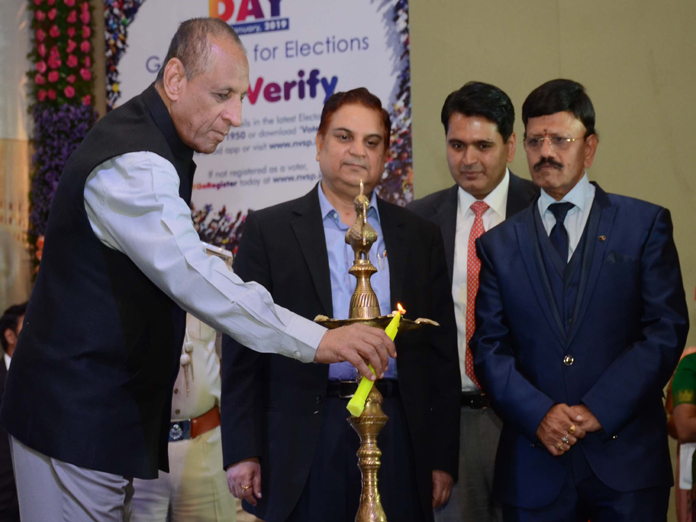 Governor ESL Narasimhan asked the people to cast their vote without failAddressing the gathering at the National Voters Day programme here on Friday, he said that every citizen should cast the vote in the elections without fail

Vijayawada: Governor ESL Narasimhan asked the people to cast their vote without fail. Addressing the gathering at the National Voters Day programme here on Friday, he said that every citizen should cast the vote in the elections without fail.

The people are not exercising their franchise though the polling day is declared as holiday, he said and cautioned that it is a threat to democracy. He suggested the youth to actively participate in the polling as it was the deciding factor in the elections and political system.

He also said that the names should remain in the voters' list though they changed address from their original address. The caste, region, religions should not be criteria in elections, he said and added that the youth should participate in the election system.

He praised the district collectors those successfully completed the voters enrollment programme. Krishna district stood first in the State in new voter enrollment.

Krishna District Collector B Lakshmikantham, Guntur Collector Kona Sasidhar, East Godavari District Collector Kartikeya Mishra were given awards with a cash prize of Rs 25,000 each. He handed over certificates, cash prizes, and mementos to the officers and the staff who showed talent in registering voters. Chief Secretary Anil Chandra Punetha, the election officers, students, officials and others participated in this programme.