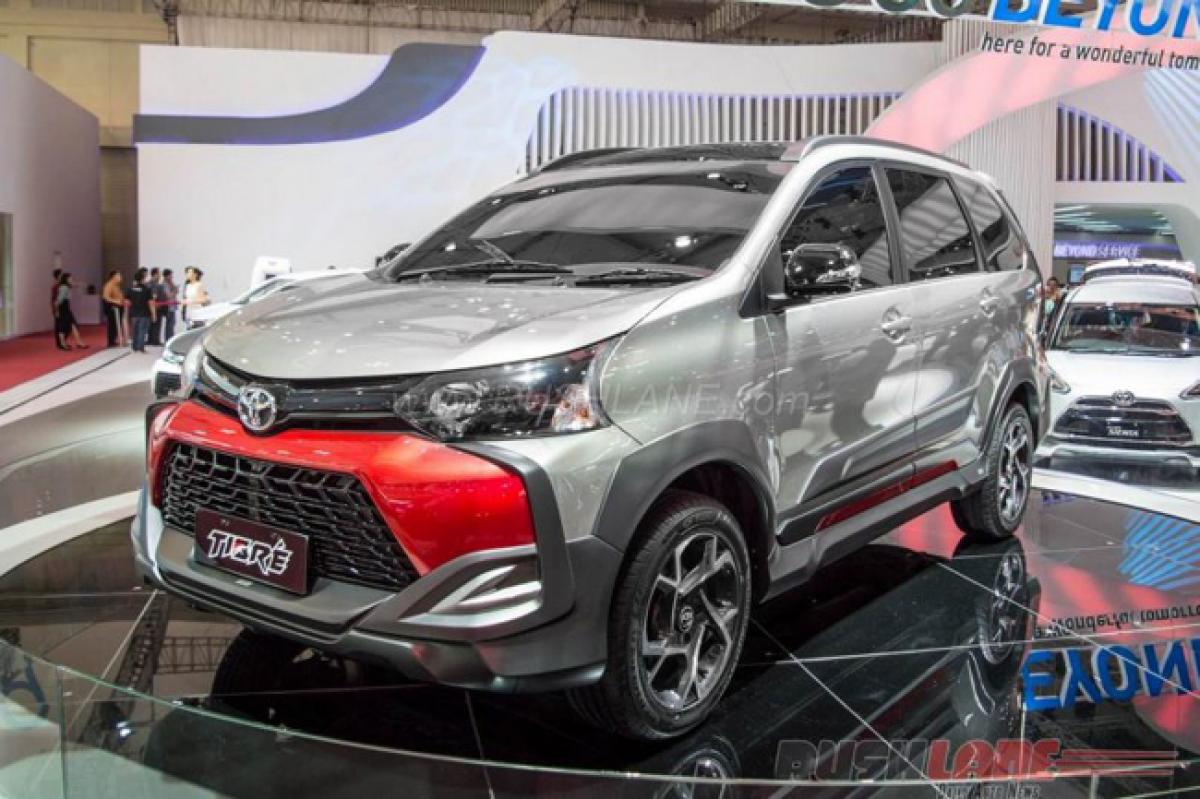 The Veloz Tigre concept is merely a cosmetic exercise and some of its visual features may find their way to an updated MPV in the future. The Tigre sports a busy looking bumper which has a connection with the headlamps. A prominent red accent and glossy black treatment for the secondary air dam are the highlights.

The range-topping Rush compact SUV is also on display in white exterior color with red, black, and grey graphics. Inside, the SUV gets dual-tone seat fabric and door trims with contrast white stitching.

The Rush is powered by a 1.5-litre petrol engine which produces 109 PS and 141 Nm of torque. The motor is mated either to a 5-speed manual or a 4-speed automatic transmission.