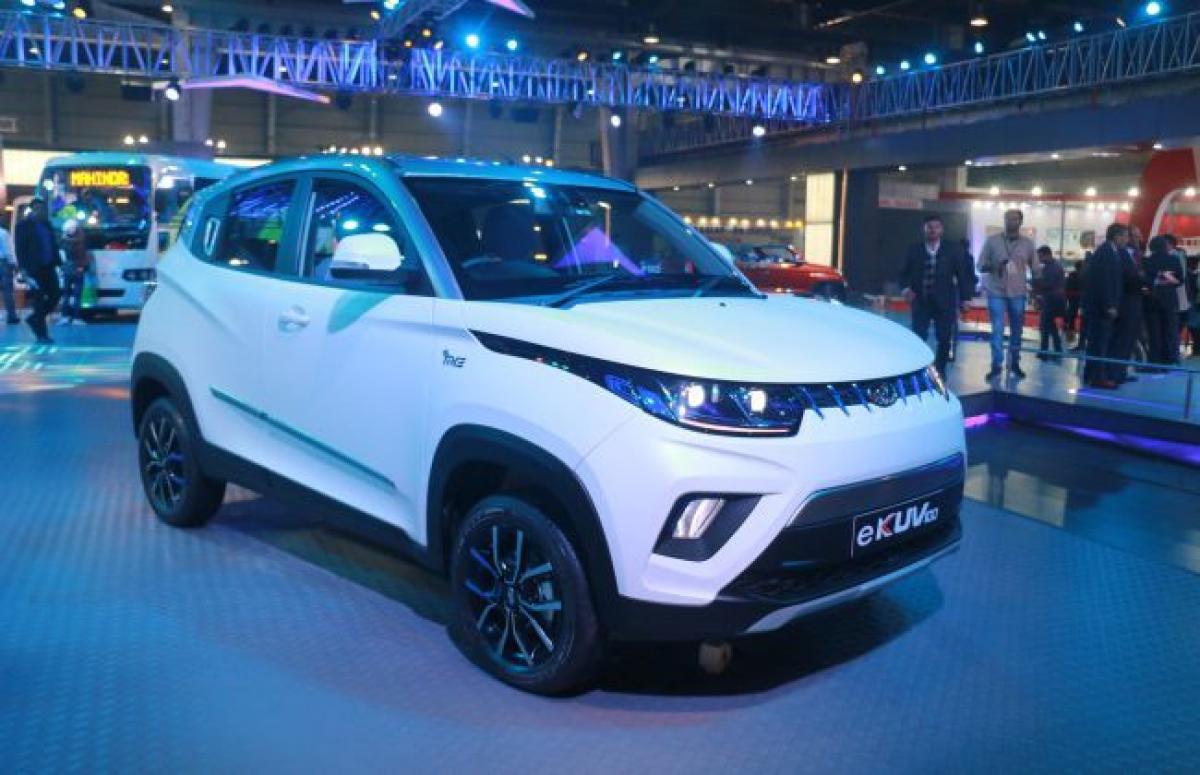 Pawan Goenka, the managing director of Mahindra Mahindra has confirmed that the allelectric version of its entrylevel offering, the KUV100, will go on sale in mid2019 Called the eKUV100, the allelectric hatchback made its public debut earlier this year at the 2018 Auto Expo 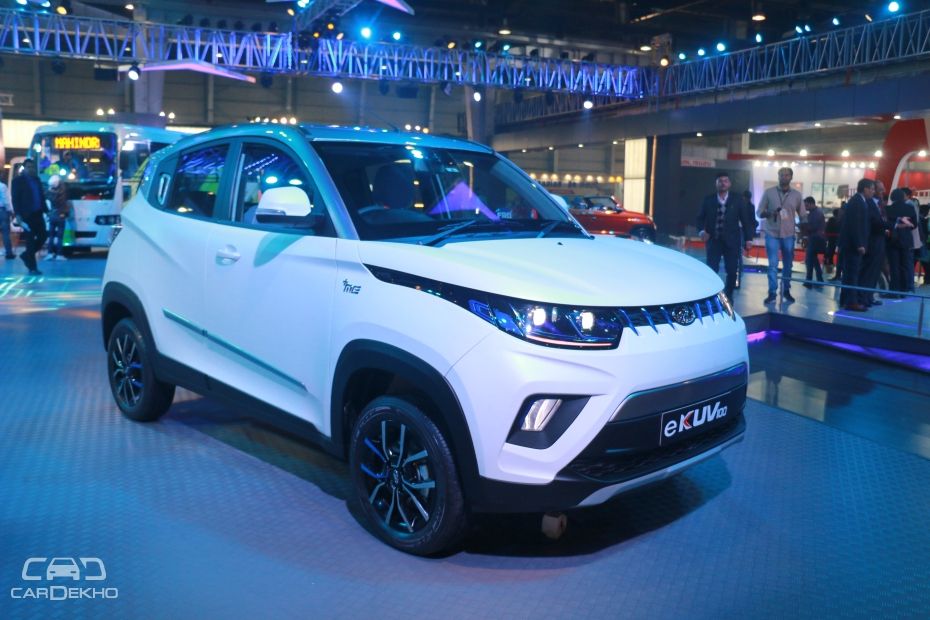 Pawan Goenka, the managing director of Mahindra & Mahindra has confirmed that the all-electric version of its entry-level offering, the KUV100, will go on sale in mid-2019. Called the eKUV100, the all-electric hatchback made its public debut earlier this year at the 2018 Auto Expo.

The eKUV100 looks largely similar to the standard KUV100 save for some minor changes. The eKUV100 features a large plastic panel in place of the large air dam seen on the regular hatchback. It also gets a fully enclosed six-slat grille and projector headlamps, both which also feature blue highlights. From the side, the only distinguishing element between the electric version and the regular hatchback are the ‘+ME’ badging on the front fender. The rear, on the other hand, gets a grey colour applique on the tailgate while the tailpipe has been omitted (obviously!). The interiors look identical to that of the standard KUV100. 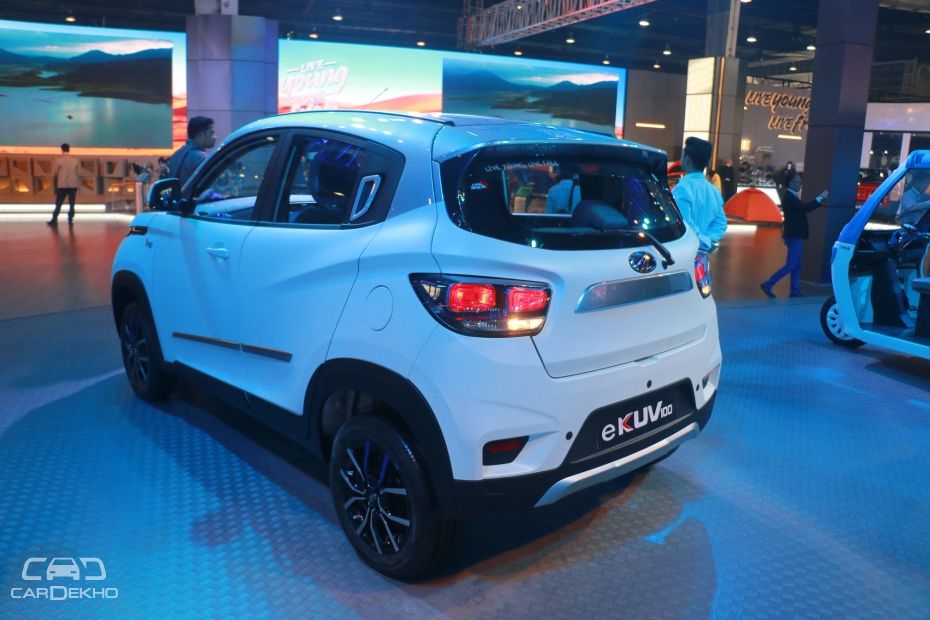 Although Mahindra is yet to reveal the specifications of the production-spec eKUV100, we expect them to be similar to the car showcased at the Auto Expo. The eKUV100 showcased at the show shared its powertrain with the eVerito, which is powered by a 3-phase AC induction 31kW electric motor coupled to a lithium-ion battery. It boasted of a claimed range of 140km and was equipped with fast charging capable enough to juice up the battery to 80 per cent in less than an hour. 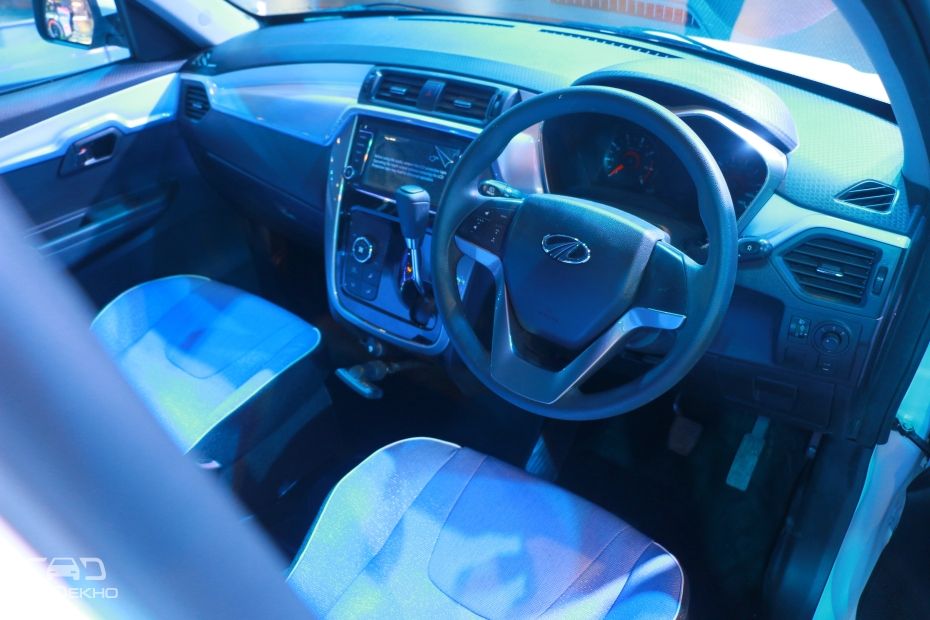 The standard KUV100 is priced from Rs 4.68 lakh to Rs 7.76 lakh (ex-showroom Delhi). So expect the all-electric eKUV100 to be priced around Rs 8-10 lakh. When launched, it will be the first all-electric micro SUV to go on sale in India.

Apart from eKUV100, Mahindra will also launch an all-electric SUV based on the upcoming SUV codenamed the S201 by mid-2020. Read more about it here.

Also Read: Could This Micro SUV Be Hyundai's Rival To Maruti Future S?