Tata Motors has revealed images and details of its new midsize SUV, the Harrier It is the first vehicle from Tatas stable to feature the Impact 20 design philosophy and will debut a brand new Land Roverderived platform called the OMEGA ARC Have a look at these images released by Tata to get a more detailed view of the SUV

Like the Nexon before it, the Harrier stays true to its concept, the H5X SUV. Here’s a quick glance at what Tata’s upcoming SUV has to offer 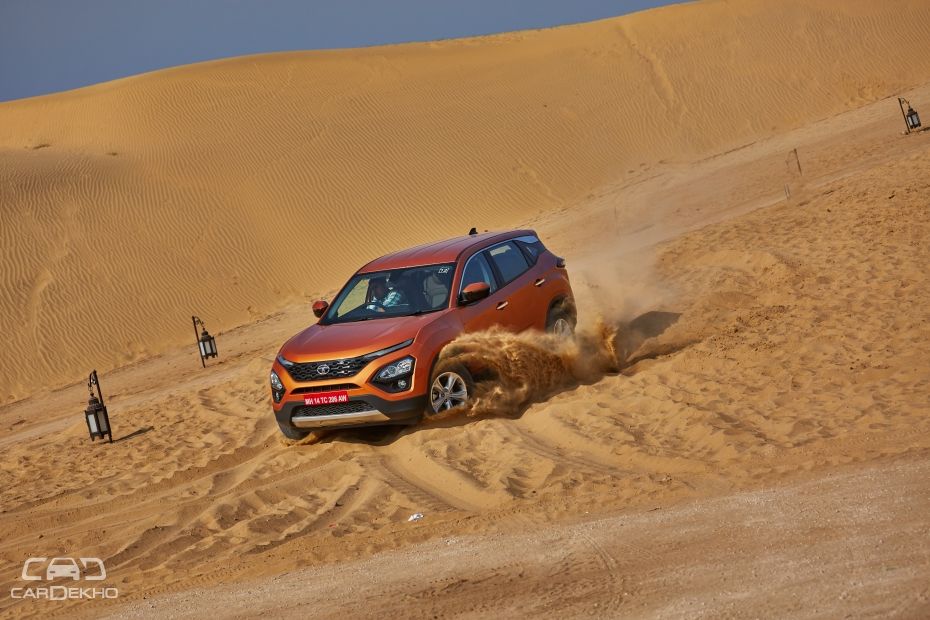 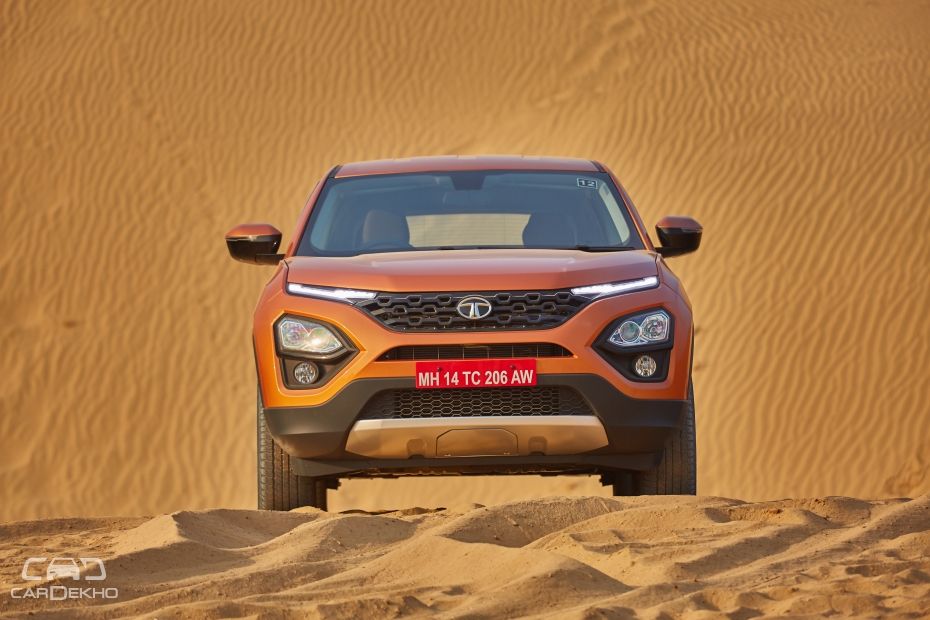 Tata Motors has revealed images and details of its new mid-size SUV, the Harrier. It is the first vehicle from Tata’s stable to feature the Impact 2.0 design philosophy and will debut a brand new Land Rover-derived platform called the OMEGA ARC. Have a look at these images released by Tata to get a more detailed view of the SUV. 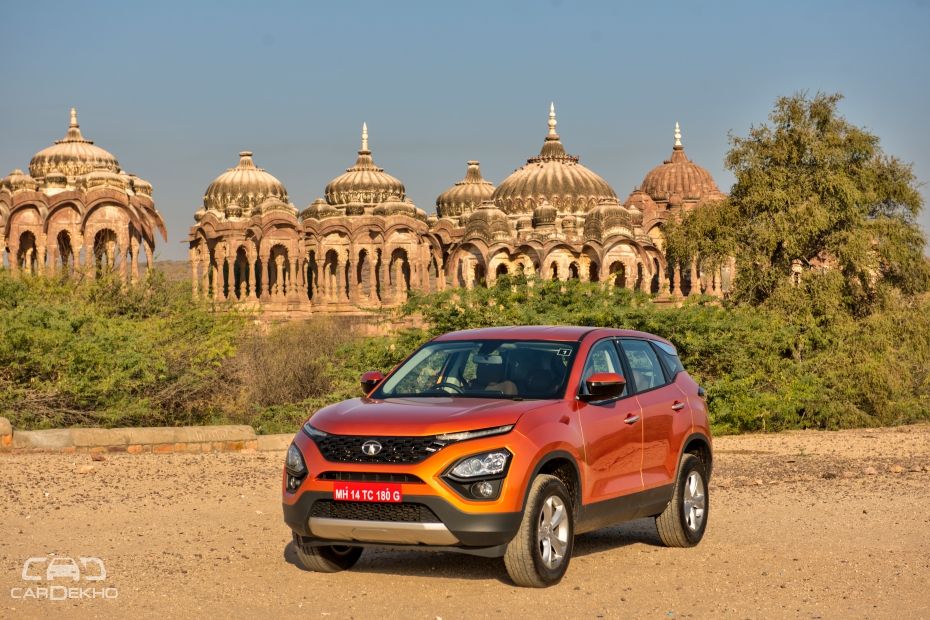 From the front, the Harrier stays quite true to the original H5X concept that was first showcased at the 2018 Auto Expo. The SUV features sleek LED DRLs and Xenon HID projector headlamps that help accentuate its road presence. Interestingly, the LED DRLs can be mistaken for headlamp units, which have been shifted to the front bumper. This setup is similar to what we’ve seen on modern SUVs such as the Hyundai Kona and the Santa Fe. 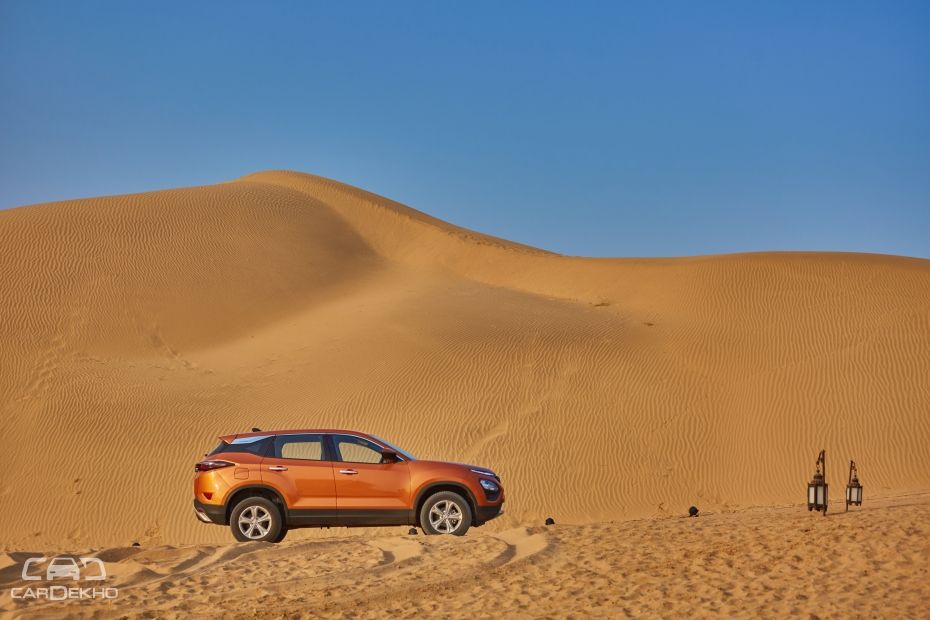 View the Harrier from the side and it looks like a true blue SUV thanks to its raised stance and dimensions. The chunky and flared wheel arches add to the muscular look. The sloping roofline and the rising window line remind one of the H5X concept. However, Tata has incorporated a bigger rear windshield and rear quarter glasses to improve visibility out the back. As for the wheels, the Harrier sports 17-inch five-spoke silver alloys. 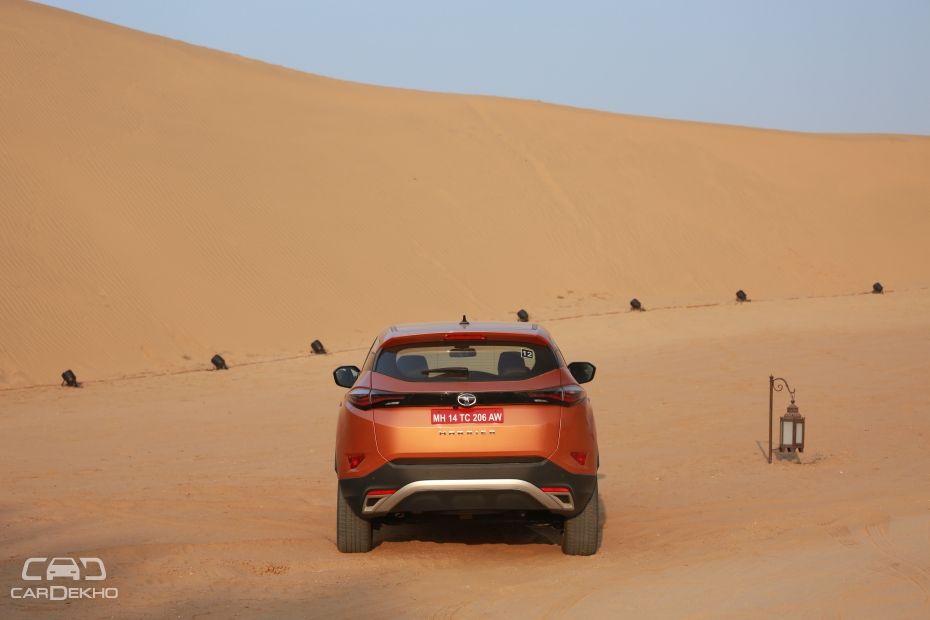 At the rear, the Harrier again stays true to the H5X concept. The sleek wraparound tail lamps with LED elements which are joined together by a piano black inserts look like they have been directly lifted from the concept. 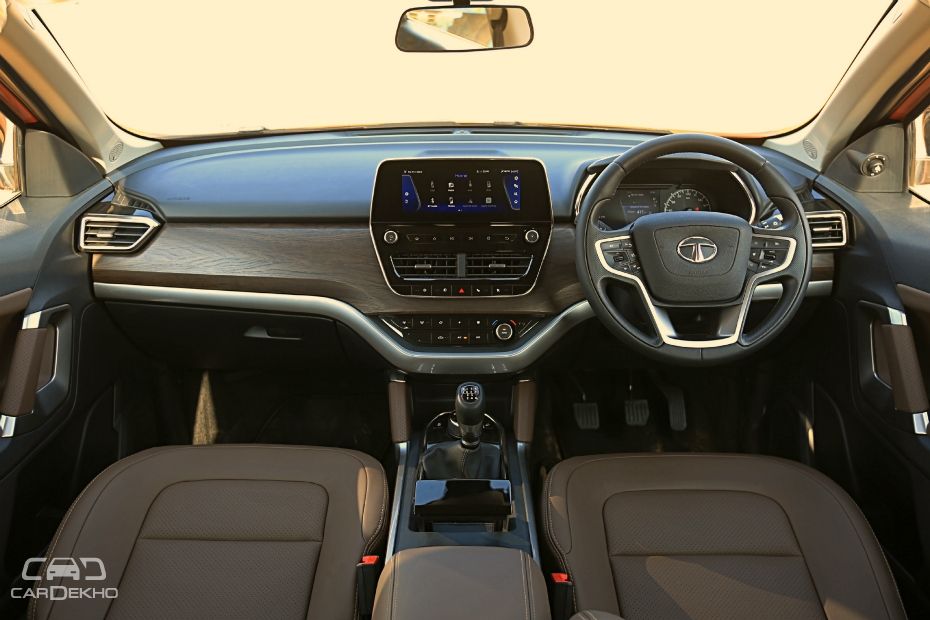 Moving inside, the cabin features a dual-tone black-and-chocolate brown colour scheme. The dashboard and doors are primarily done in black. The dashboard has a piece of faux wood running across it, while the doors and centre console also have brown elements. The seats are upholstered in chocolate brown leather. 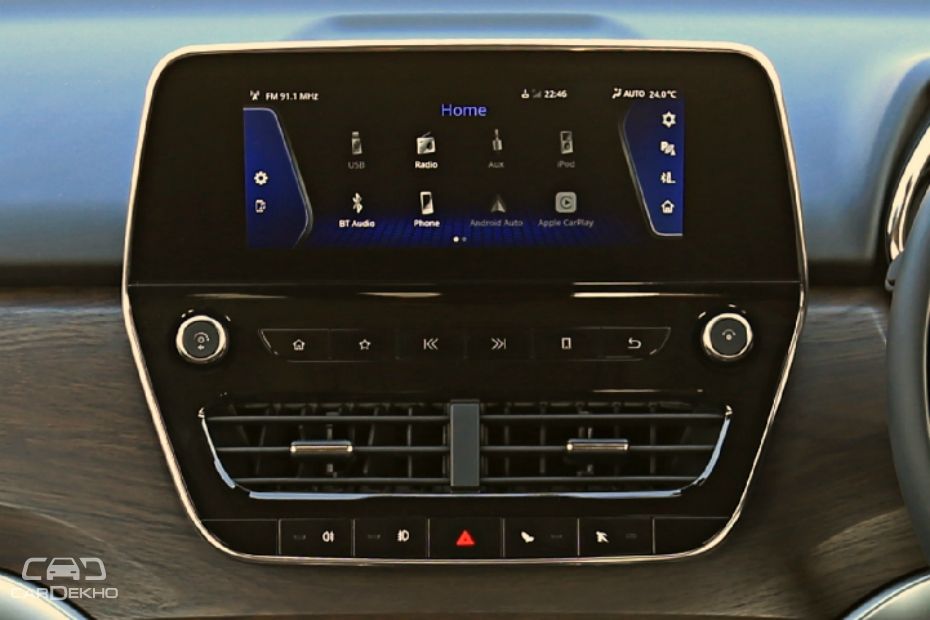 The 8.8-inch touchscreen sitting atop the dashboard looks premium. On the top-spec variant, it comes with a 9-speaker system (4 speakers, 4 tweeters and a subwoofer) JBL sound system. Apart from that, the touchscreen infotainment system provides Android Auto connectivity, while Apple CarPlay will be added soon. Usual connectivity options like Aux-In, Bluetooth and USB are also present. 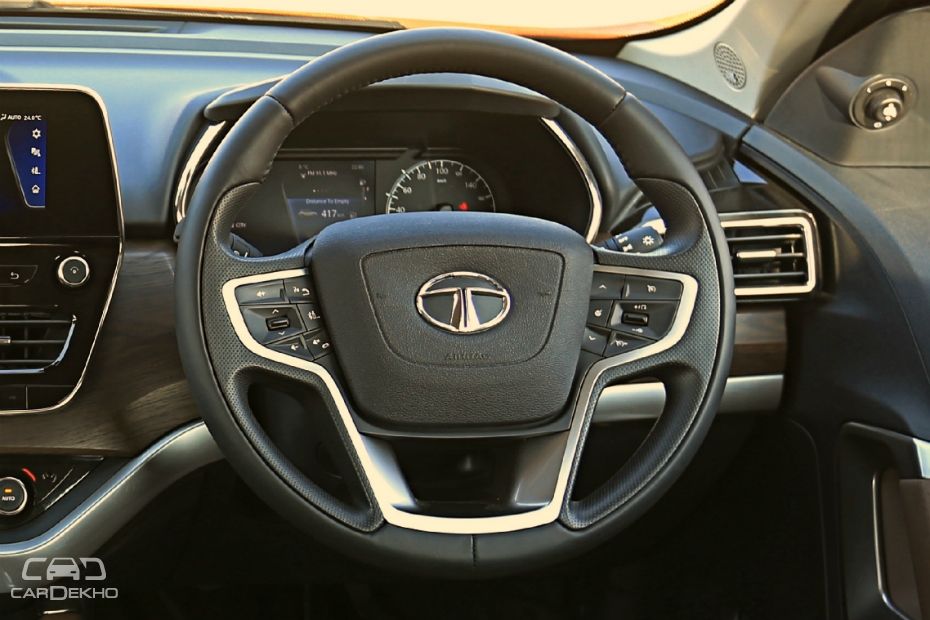 Although the instrument cluster gets an analogue speedometer, there is a 7-inch screen next to it that houses displays the tachometer and various other information, including fuel level, trip computer, fuel efficiency meter, power and torque meters, driving modes, terrain response modes, a compass, and more. 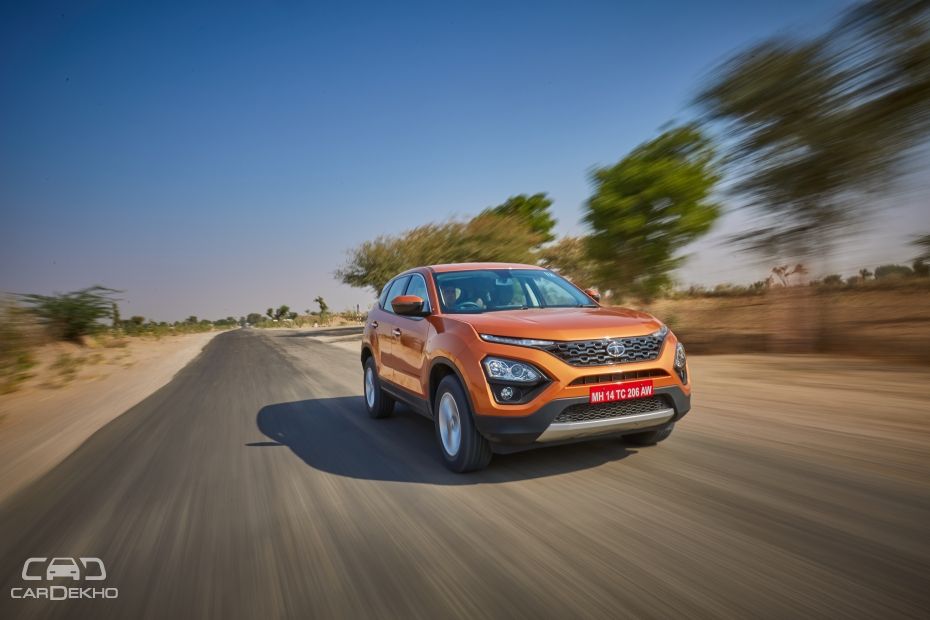 The Harrier impresses with its design, but it’s ultimate test lies in how it drives. Stay tuned to CarDekho for our review of the Harrier.