Calls for Huawei boycott get mixed response in Europe 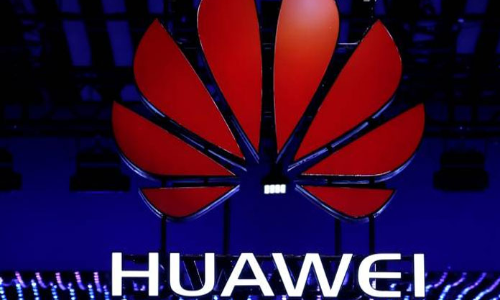 Europe is giving US-led calls for a boycott of Huawei 5G telecoms equipment a mixed reception, with some governments untroubled by spy suspicions against the Chinese giant, but others backing a ban.

In the latest setback for Huawei, Poland said on January 11 that it had arrested a Chinese telecoms executive suspected of spying for China, with local media identifying him as a Huawei director.

On January 12, Huawei said it had fired the employee arrested in Poland, telling AFP "his alleged actions have no relation to the company".

Huawei had already seen the arrest of the daughter of the firm's founder in Canada and US efforts to blacklist the company internationally over security concerns.

Several Asian and Pacific countries have followed Washington's call for a Huawei ban, but the picture in Europe is more nuanced, not least because Huawei's 5G capabilities are so attractive.

They are well ahead of Sweden's Ericsson, Finland's Nokia and South Korea's Samsung, analysts say.

Fifth generation (5G) technology represents a quantum leap in wireless communication speed, and will be key to developing the internet of things, including self-driving cars.

That is why Europe wants to deploy it as quickly as possible.

"Operators have looked at alternatives but have realised that Huawei is currently more innovative and probably better for 5G," said Dexter Thillien, an analyst at Fitch Solutions.

Huawei has faced increasing scrutiny over its alleged links to Chinese intelligence services, prompting not just the US but also Australia and Japan to block it from building their 5G internet networks.

But in Europe, Portugal's main operator MEO signed a deal with Huawei in December during a visit by Chinese President Xi Jinping, praising the Chinese company's "know how, competence, talent and capacity to develop technology and invest in our country".

By contrast Norway, whose current networks are for the most part made up of Huawei equipment, is thinking of ways to reduce its "vulnerability", according to the Nordic country's transport and communications minister quoted in the local press -- especially towards countries with whom Oslo "has no security cooperation", an implicit reference to China.

The Czech cybersecurity agency said that Chinese laws "force private companies with their headquarters in China to cooperate with intelligence services", which could make them "a threat" if involved with a country's key technology.

But the country's IT watchdog says it had seen no evidence Huawei could use its equipment to spy for Beijing.

Meanwhile, telecom operators across Europe, under heavy pressure to roll out 5G quickly, seem to be playing down security fears because using Huawei makes business sense to them.

"Huawei is much more expensive today than its competitors but it's also much better," said a spokesperson at a European operator who asked not to be named because of the sensitive nature of the matter.

The quality of Huawei's equipment "is really ahead" of its European competitors, he added.

Furthermore, "everywhere in Europe, operators are the target of huge controls in that area and Huawei's equipment has never been found to be at fault".

To add to the confusion, large operators could reject Huawei equipment in some of their markets, but not in others.

Historic French operator Orange has said that it won't use Huawei networks in France, but could very well do so in Spain and Poland.

Germany's Deutsche Telekom announced a deal with Huawei for its future 5G network in Poland, but hasn't said what it will do in Germany itself.

It has opened test labs for its equipment in Germany and the UK in cooperation with the governments there, and is to launch another in Brussels by the end of the first quarter.

The stakes are high: Europe is a crucial market for Huawei, whose combined sales for Europe, the Middle East and Africa accounted for 27 percent of overall group sales in 2017, mostly thanks to spending by European operators.

Huawei rotating chairman Guo Ping in late December complained that his company was being subjected to "incredibly unfair treatment".

"Huawei has never and will never present a security threat," Guo wrote in a New Year's message to staff.

Some analysts doubt that even a widespread ban on Chinese telecoms networks equipment could possibly guarantee watertight security.

"In Paris alone, there are more than a million Huawei smartphones. If you want to listen in, that's how many opportunities you have," said a sector specialist.