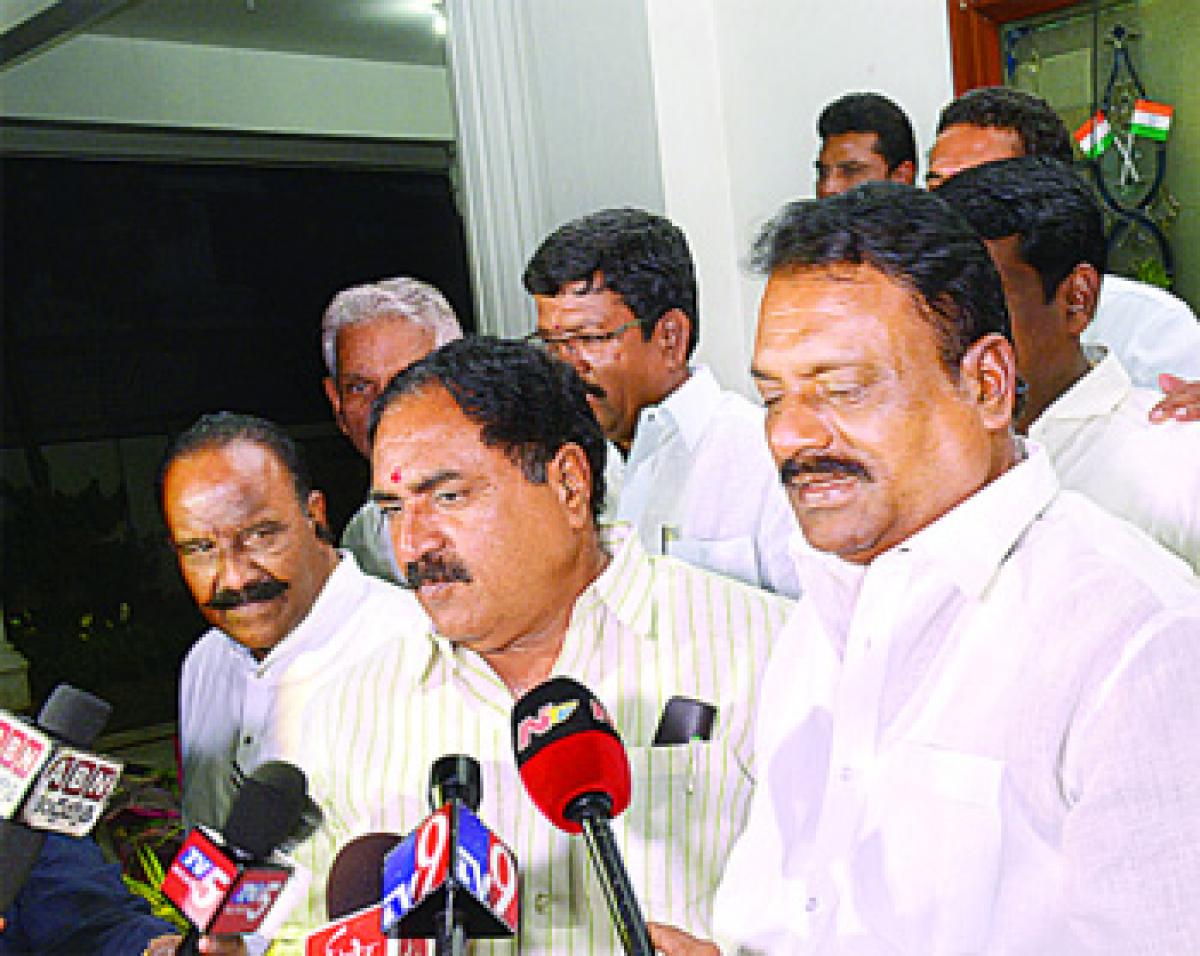 Electoral disaster is soon turning into political calamity for Telangana TDP that enjoyed considerable grassroots strength and resilience despite all odds. The crisis in TDP is not just the political opportunism of the legislators concerned and the political dadagiri of ruling TRS. The developments in TDP reflect also the changing contours of post-bifurcation political landscape.

Electoral disaster is soon turning into political calamity for Telangana TDP that enjoyed considerable grassroots strength and resilience despite all odds. The crisis in TDP is not just the political opportunism of the legislators concerned and the political dadagiri of ruling TRS. The developments in TDP reflect also the changing contours of post-bifurcation political landscape.

The TDP in Telangana suffers from a congenital disorder in the form of leadership from Andhra Pradesh remaining as high command for the party in Telangana. It’s difficult for the Telangana Telugu Desam to come out of this embarrassing reality.

A host of issues rocking the two states each taking an irreconcilable position often discomfited the TDP Telangana unit. Of late, the severity of the inter-state disputes has softened in the wake of new found political conviviality between TDP and TRS leadership. But, Naidu-KCR bonhomie is proving to be catastrophic for the TDP in Telangana. The party cadres got demoralised.

The party voters got alienated evident from the TRS significant gains in Seemandhra dominated divisions in GHMC. The party was rudderless as Chandra Babu Naidu, its only campaigner, remained engrossed in the Andhra Pradesh politics and administration. The political necessities in Andhra Pradesh define the political alignments in Telangana also.

The unpleasant alliance between TDP and BJP in Telangana is a result of TDP’s political necessity in Andhra Pradesh to sail with the ruling party at the centre. The exodus of legislators from TDP to TRS is decimating the party in the state. The TDP leadership attempts to incarnate itself into a national party to be relevant in Telangana proved to be a damp squib.

The TDP lacks the moral strength to counter the unabashed political engineering by TRS. The TDP in Andhra Pradesh brazenly admitted leaders from other parties before and after coming to power. The TDP supremo tried to sanskritise this process by appealing to his party loyalists to display a spirit of accommodation towards newcomers.

The TRS attempts to finish the opposition do not augur well for the polity in the new state of Telangana. The unprecedented defections brutalise the political culture. Unfortunately, the unparalleled people’s mandate may give a sense of legitimacy to such defections. But, political parties however invincible they seem to be at a given point of time cannot be all weather entities.

Politics have a strange character of shifting fortunes with a remarkable alacrity. The TRS would benefit more by building the party of their own based on the massive people’s support it enjoys. The ballooning party may acquire immune deficiency the moment anti-incumbency sets in. The foot loose politicians would be the first to desert the party in case the TRS slides politically.

No political party can have a long and sustainable growth with political butterflies. The absence of strong and viable opposition deprives the ruling party of warning signals of an impending crisis. The democracy will have the vitality only if it has a mighty opposition that represents a voice different from that of people in power.