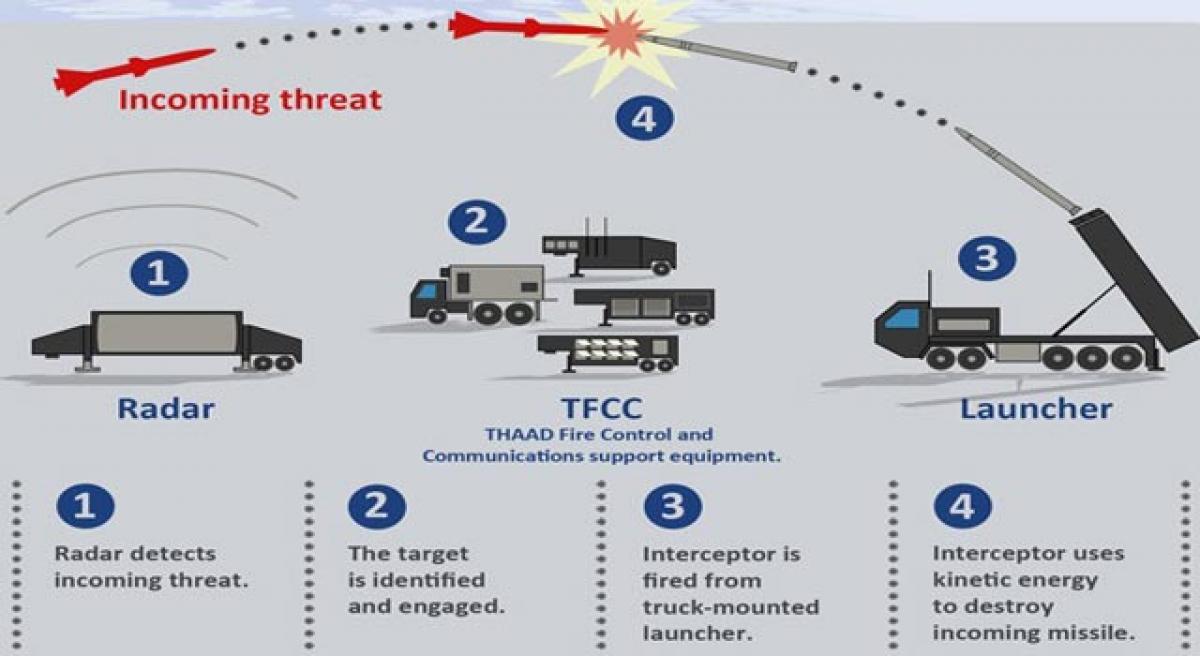 The US military has started moving parts of its controversial THAAD anti-missile defence system to a deployment site in South Korea on Wednesday amid high tensions over North Korea\'s missile and nuclear programmes.

The US military has started moving parts of its controversial THAAD anti-missile defence system to a deployment site in South Korea on Wednesday amid high tensions over North Korea's missile and nuclear programmes.

However the move has angered China, which says the advanced system will do little to deter the North while destabilizing the regional security balance. The Pentagon said the deployment was a critical measure to defend South Korea and its allies against North Korean missile threats and it would complete it "as soon as feasible"

According to Lockheedmartin.com, when enemies attack, governments must be ready to defend their soldiers, citizens and infrastructure. That’s where THAAD comes in – one of the most advanced missile defense systems in the world.

Each THAAD system comprises five major components: interceptors, launchers, a radar, a fire control unit, and support equipment. THAAD is managed by the Missile Defense Agency; Lockheed Martin serves as the prime contractor and systems integrator; and the THAAD system is operated by the U.S. Army.

THAAD’S advanced capabilities are: Able to engage a wide class of ballistic missile threats in both the endo-and exo-atmosphere using proven hit-to-kill technology; Effective against all types of ballistic missile warheads including Weapons of Mass Destruction (WMD); Designed to counter mass raids with its high firepower (up to 72 Interceptors per battery), capable organic radar and powerful battery manager and fire control capability; Mobile and rapidly deployable to provide war fighters with greater flexibility to adapt to changing threat situation around the globe; Interoperable with other BMDS elements, working in concert with Patriot and PAC-3, Aegis, forward based sensors and the Command, Control, Battle Management and Communications (C2BMC) to maximise integrated air and missile defence capabilities, adds Lockheedmartin.com.