Beats of Mridangam in Cairo 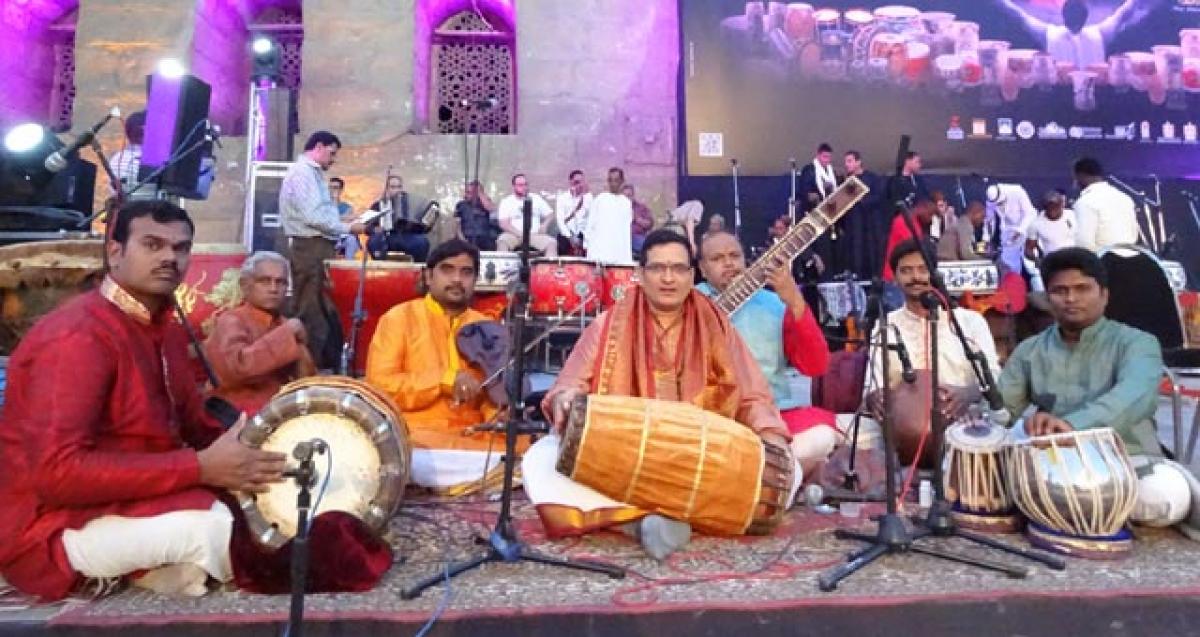 The Indian group that accompanied Jayabhaskar included Ramachandrudu on Thavil, Udaya Kumar and Chandrakanth on Ghatam, Satyanarayana Murthy on Khanjira, Nand Kumar on Sitar and Rajashekhar on Violin.

Peravali Jayabhaskar, Ustad Bismilla Khan Yuva Puraskar award winner, Mridangam artiste from All India Radio, Hyderabad had represented India at an event ‘Drums Dialogue for Peace’ as a part of 4th International Festival of Drums and Traditional Arts, with his group Taala Vadya Kacheri held in the last week of April, in Cairo, Egypt.

The Indian group that accompanied Jayabhaskar included Ramachandrudu on Thavil, Udaya Kumar and Chandrakanth on Ghatam, Satyanarayana Murthy on Khanjira, Nand Kumar on Sitar and Rajashekhar on Violin.

The inaugural ceremony organised at Citadel of Saladin had groups from 20 countries like Egypt, India, China, Romania, Malaysia and South Africa performing together. On behalf of India, P Jayabhaskar received the Guest of Honour memento from the Egyptian Minister of Culture Helmy al-Namnmam.

Jayabhaskar also performed solo concerts at Citadel of Saladin and Indian Embassy as a part of India by the Nile- A celebration of contemporary and classical music, dance, theatre, visual art, film, food and literature.

“It is a great honor to me to representing India in the International Festival of Drums. It is also a great opportunity to showcase the Indian Art of Drumming before the International audience in such a prestigious level,” said Jayabhaskar. The group also visited Tunisia and performed in Bos Salem, Ain Dharam and Jandouba towns.