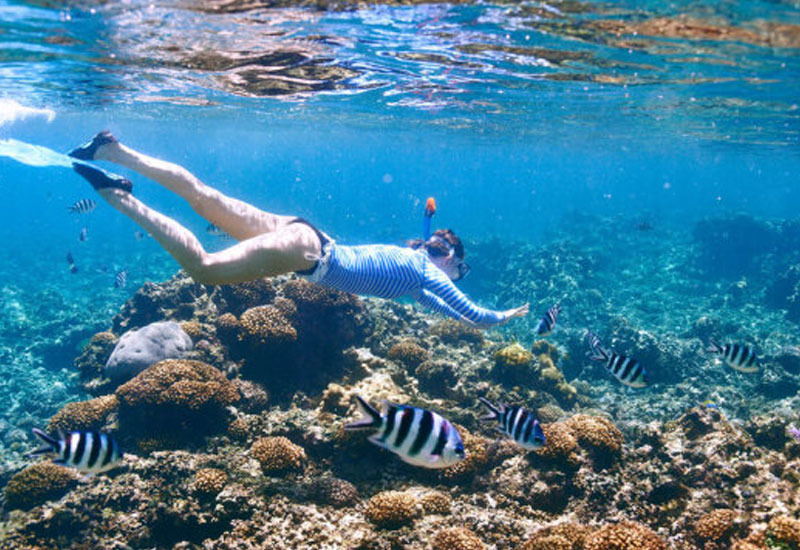 Sunscreen chemicals shed by swimmers may be toxic to marine creatures and contribute to coral reef decline, a study has found

London: Sunscreen chemicals shed by swimmers may be toxic to marine creatures and contribute to coral reef decline, a study has found.

Although sunscreen is critical for preventing sunburns and skin cancer, some of its ingredients are not so beneficial to ocean-dwelling creatures, according to a study published in the journal Analytical Chemistry. Researchers from Sorbonne Universite in France said that one such chemical, octocrylene (OC), which is also in some cosmetics and hair products, accumulates in coral as fatty acid esters that could be toxic to the marine organism. According to several research studies, up to 14,000 tons of sunscreen end up in the world's oceans every year.

To protect coral reefs, the state of Hawaii recently banned sunscreens containing oxybenzone and octinoxate, two chemicals known to harm coral, with the law set to take effect in January 2021. Another substance, OC, can be found in cosmetics such as hair sprays and conditioners, as well as sunscreens. Although OC is toxic to coral at high concentrations, researchers wondered how it would affect coral at levels more likely to be encountered in the environment. To find out, they exposed coral to OC at various concentrations for a week. They found that the coral was sensitive to the compound at concentrations of 50 microgrammes per litre and greater, which is about 10 times higher than levels measured in the ocean.

OC accumulated in the coral as fatty acid conjugates, which may interfere with the organism's metabolism. The team also detected increased levels of acylcarnitines in the exposed corals, which are produced under conditions of abnormal fatty acid metabolism and mitochondrial dysfunction. Researchers said that levels of OC in the ocean might have been underestimated previously because these measurements did not take into account OC fatty acid esters.