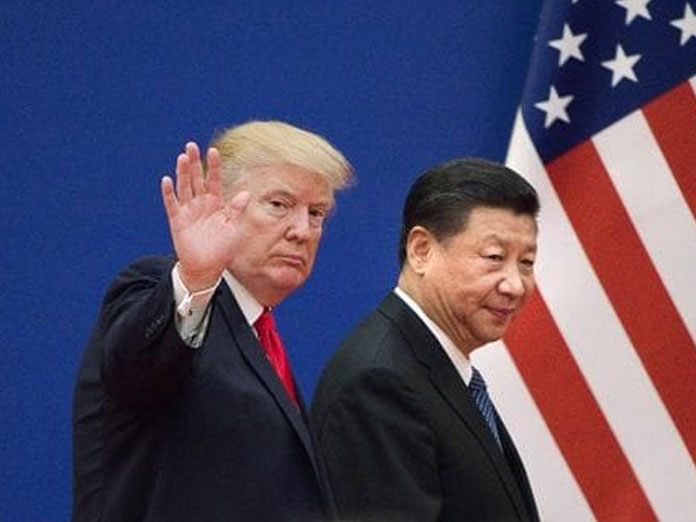 Asian markets mostly rose Friday, with investors treading carefully as ChinaUS trade talks ended with no deal but with both sides sounding notes of optimism and setting up more highlevel meetings later this month

Hong Kong: Asian markets mostly rose Friday, with investors treading carefully as China-US trade talks ended with no deal but with both sides sounding notes of optimism and setting up more high-level meetings later this month.

After the much-anticipated gathering, Donald Trump hailed "tremendous progress" between the world's top two economies but warned the "hard deadline" of March 1 remained in place, after which US tariffs on billions of dollars of Chinese goods will be imposed. For its part, Beijing said they held "candid, specific and fruitful" discussions and had agreed to increase cooperation on intellectual property -- a major source of White House anger with China -- and boost imports of US goods.

Trump's top two economic officials will visit Beijing later this month, after which he said he will meet his counterpart Xi Jinping to hammer out the final deal. While the negotiations ended with no agreement, Jeffrey Halley, senior market analyst at OANDA, said: "For the markets, which are clearly in 'risk-on' mood, it was a case of no news is good news." However, an early surge across the region petered out to leave markets mixed.

Tokyo ended 0.1 per cent higher and Hong Kong was marginally lower, while Shanghai jumped 1.3 per cent as traders welcomed news that authorities had relaxed certain rules to make investing easier. Sydney and Singapore were both flat and Seoul dipped 0.1 per cent, though Manila, Mumbai, Bangkok and Jakarta were all up. In early trade London rose 0.3 per cent, while Frankfurt and Paris each added 0.2 per cent. "The statement certainly signals progress, but at best limited progress on the core long-term structural issues that separate the two sides," Eswar Prasad, a trade policy professor at Cornell University, told Bloomberg News.

"The statement ends with a not-so-veiled threat that China will need to offer more substantive concessions to enable a deal that would take further tariffs off the table." The tepid movement in markets also comes after an impressive month that saw Hong Kong pile on more than eight per cent and Tokyo more than four percent, a much-needed bounce after December's hammering.

Next on the agenda is the release of US jobs data later Friday, which comes days after the Federal Reserve fuelled a rally by signalling a slowdown in its pace of interest rate hikes this year. The non-farm payrolls figures will be closely watched for an idea about the state of the world's number-one economy, with the Fed having warned of a global slowdown.