Contract doctors to go on leave from 1st July; tribals left in lurch 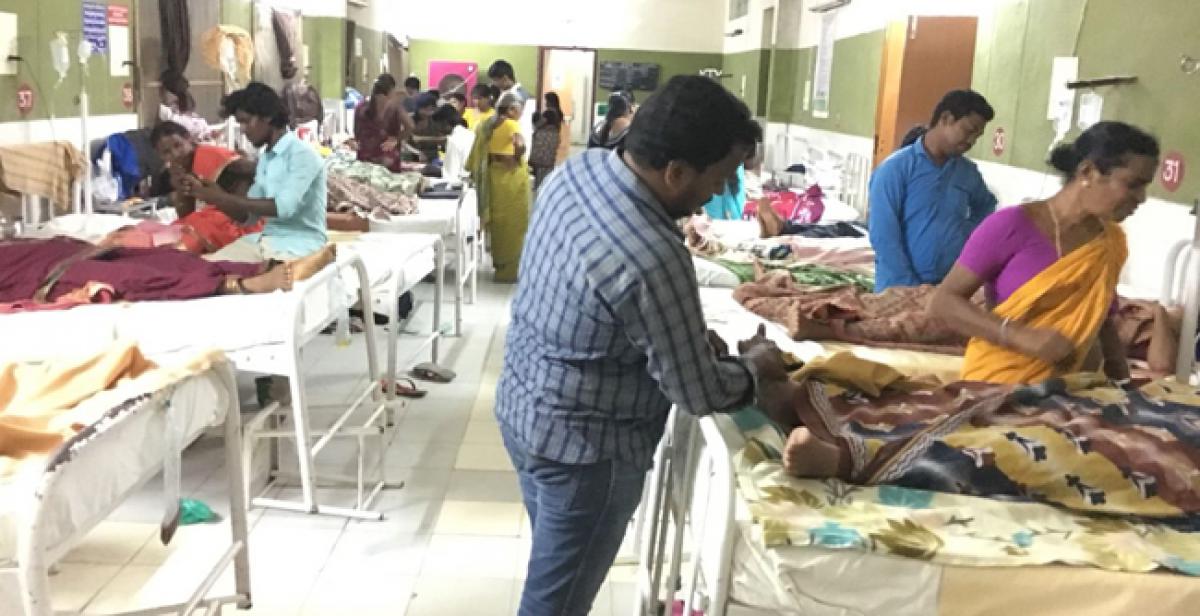 Inhabitants of tribal hamlets in the Agency area in the district are put to untold sufferings as the Primary Health Centres (PHCs) lack sufficient doctors.

Kothagudem: Inhabitants of tribal hamlets in the Agency area in the district are put to untold sufferings as the Primary Health Centres (PHCs) lack sufficient doctors.

Those who are affected with seasonal diseases and other fatal maladies are left to the mercy of almighty. With changing seasons, new diseases are spreading in the rural areas and there is no system in place to provide them good healthcare, according to locals.

Now the tribal population in the district are running from pillar to post to get sufficient doctors in PHCs to attend to their problems. They urged the State government to fill vacant doctors’ in all PHCs in the in the Agency areas.

It may be mentioned here that the government had appointed contract doctors to serve the people in the Agency villages. However, they are also learnt to be planing to go on leave en masse to press for their myriad demands.

According to sources, the contract doctors who are now serving in the Agency and Area Hospitals are planning to go on leave from first of July demanding the government to solve their issues. They have already sent a notice to the concerned authoriteis through emails.

It may be mentioned here that out of the 74 doctors’ posts sanctioned in the district, only 13 are regular doctors serving in Area Hospitals in Kothagudem and Bhadrachalam areas. Out of them, four doctors are on leave for higher education and another three have been transferred by the government. Now there are 26 doctors posts vacant in the district.

If the 48 contract doctors go on leave en masse, the services in PHCs are going to be badly affected in Agency villages. And how the government is going to tacke the situation remains an enigma for both the tribals and officials as well. Ironically, one PHC doctor is also working as Drawing Officer in 10 mandals in the Agency of Bhadrachalm Divison.

However, people have been suffering from fever and other seasonal diseases in all agency villages. As per records, 3,200 patients are reportedly affected with fever in the last ten days alone in the district. In the last three days, a total of 367 fever cases hae been reported in all PHCs.

With this, the people of tribal hamlets are urging the government to take proper measures to extend them medical facilities if the contract doctors go on leave. They demanded the authorities to provide medical facilities in the Agency mandals immediately.

However, the District Health Officer Dr Dayananth Swamy said his office had not received any notice from contract doctors yet. He said if the doctors went on leave, the government would make all arrangements in the agency mandals to provide proper healthcare.