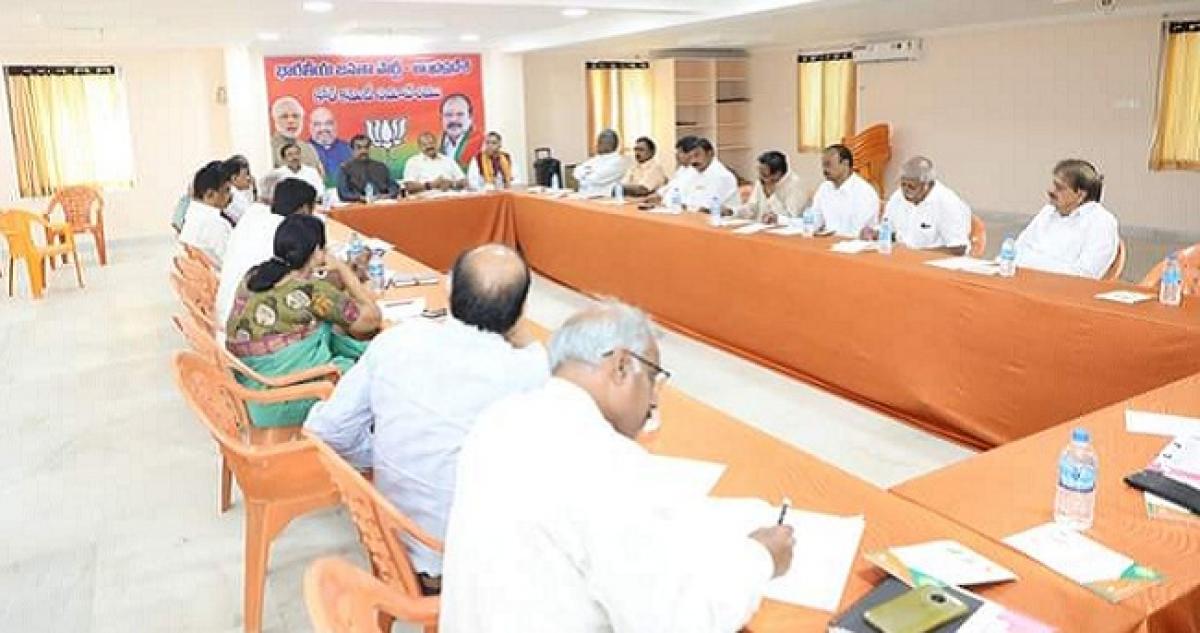 The meeting felt that there is need explain failure of TDP government and increase of corruption in the government to the people and to strengthen the party from the grass root level and need to explain central government sponsored schemes and development taken up with the financial assistance of the Centre to the people.