Speak in the language of Pakistan: Jitendra Singh on Farooq Abdullah 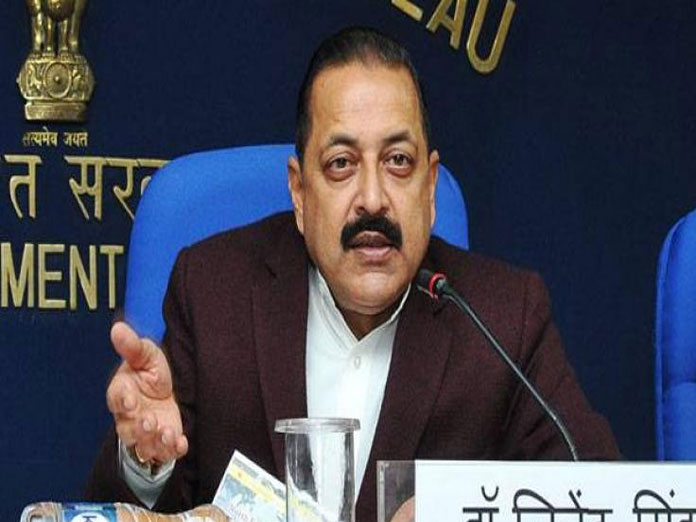 A war of words erupted between Minister of State MoS in the Prime Ministers Office PMO Jitendra Singh and former Jammu and Kashmir Chief Minister Farooq Abdullah, after Singh said that Kashmirbased politicians have a tendency to speak in the language of Pakistan when they were out of power

Jitendra Singh also added, ‘This is not restricted to only one party PDP, National Conference has shown the same character.’

New Delhi: A war of words erupted between Minister of State (MoS) in the Prime Minister's Office (PMO) Jitendra Singh and former Jammu and Kashmir Chief Minister Farooq Abdullah, after Singh said that Kashmir-based politicians have a tendency to "speak in the language of Pakistan" when they were out of power.

Singh also took a jibe at Mehbooba Mufti's People Democratic Party (PDP), claiming that along with Abdullah's National Conference (NC), they shared the same character in heaping praises on Pakistan.

"I have said this before that since decades, it has been the tendency of Kashmir-based politicians that they call Kashmir an integral part of India when in power and raise questions on the identity of Kashmir and begin seeing positives in Pakistan when their governments are out of power," he told ANI.

Questioning Abdullah's duplicity stand over Pakistan, Singh added, "This is not restricted to only one party PDP, National Conference has shown the same character. When Farooq Abdullah was the chief minister, he used to complain to the Centre that why are terror camps in Pakistan-occupied Kashmir (PoK) not bombed? We all know what he is saying now when he is not in power."

In response, a combative Abdullah called Singh a "Pakistani", and claimed that such people came to power by "lying".

Taking a jibe at Singh, Abdullah told reporters in New Delhi, "What has Jitendra Singh got? What minister is he? What work has he done? Holding a ministerial post and talking is a different matter but he should also have something to show. Tell me when did I say 'we are not Indians'?"

"People like Jitendra Singh are Pakistanis, not Farooq Abdullah. Such people have come to power by lying," he added.

Earlier on Sunday, Singh hit out at Mehbooba by saying that the mainstream politicians of Kashmir "sing the song of Pakistan" when they are out of power, but swear by India when in power.

The reaction from the MoS came after Mehbooba praised Khan after he announced to rename Baloki Forest Reserve in Pakistan after Guru Nanak Dev, the Sikh community's holy figure and expressed his wish to build a university in his name.

In a tweet, Mehbooba said that while Indian government's "top priority" is seemingly renaming historic cities and building Ram temple in Ayodhya but on the other hand, "it is heartening to see that Pakistan has initiated steps to name Baloki forest reserve after Guru Nanak Dev and create a university in his name."