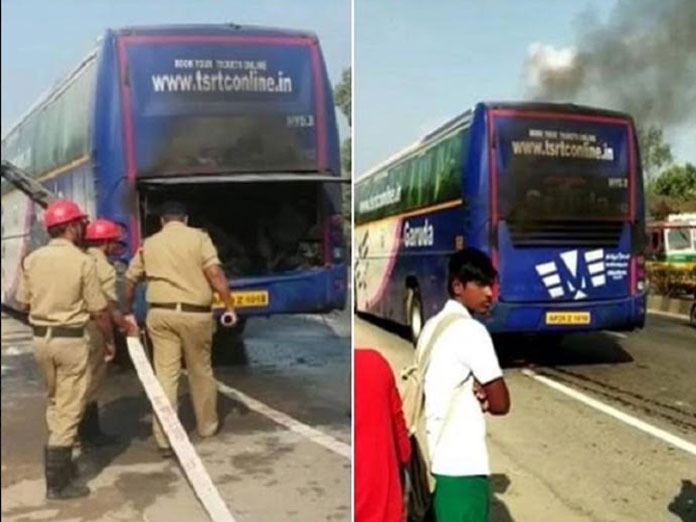 It was a close call for the passengers of TSRTC Garuda bus, which was moving from Vijayawada to Hyderabad on Thursday

​Vijayawada: It was a close call for the passengers of TSRTC Garuda bus, which was moving from Vijayawada to Hyderabad on Thursday.

The bus caught fire as it reaches near Jupudi Village in Ibrahimpatnam Mandal, Krishna district. The bus driver, who noticed the flames has acted immediately and alerted the passengers to get down the bus.

On the information, the fire rescue team has reached the spot and put off the fire. Due to the short circuit in the electrical wiring, the fire accident has taken place.

In this incident, the back side of the bus was completely damaged. there were a total of 50 passengers at the time of the accident.

With the alertness of the bus driver, a major accident was reverted or else another Palem bus incident would have happened.

The passengers were shifted to Hyderabad in another bus.